Can music teach you how to speak new languages? - Stillman Translations 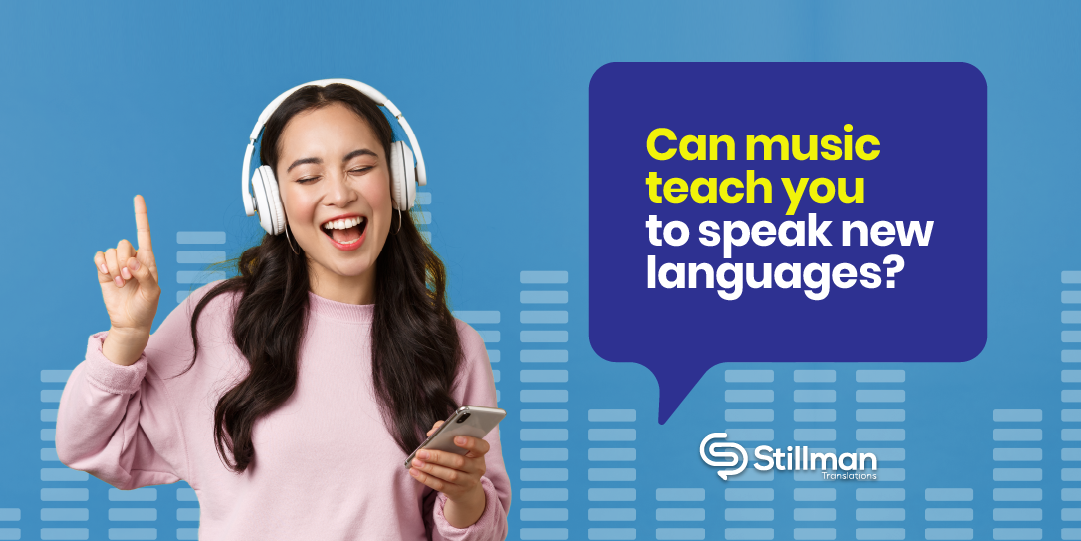 Can music teach you how to speak new languages?

There is evidence that speech functions can benefit from music functions. Do you think that music is useful for teaching and learning?

Is music useful as a learning method? How?

There is emerging evidence that speech functions can benefit from music functions and vice versa. This has long been discussed and debated, but findings tend to this conclusion more and more every day. Alas, they are not many different psychological faculties.

What are the common traits of music and speech? How can we tune in with this and use it in our favor? Is it natural or are there certain ways we can implement this in a classroom?

Music activates the same parts of the brain as language, and it has specific components both related to language and also emotions. Is it possible that music is universal? Are some songs, rhythms, and sounds ‘right’ no matter the social contexts?

Samuel Mehr, a fellow of the Harvard Data Science Initiative and research associate in psychology, Manvir Singh, a graduate student in the Department of Human Evolutionary Biology, and Luke Glowacki, formerly a Harvard graduate student and now a professor of anthropology at Pennsylvania State University, decided to study this.

They decided to investigate which musical qualities overlap across disparate societies. And if it turned out not to be universal, then understand why it seems so ubiquitous. After analyzing several discographies based on machine summaries, listener ratings, expert annotations, and expert transcriptions they found that, across societies, certain music is associated with certain behaviors.

Lullabies, healing songs, dance songs, and love songs, in particular, shared behavioral functions and shared similar musical features. This study may be a step toward understanding what is commonly called “musical grammar.”

If this is true, it may also be useful for teaching and learning. Since it is ingrained in our system and feels, it’s easier to incept and make use of this quality.

Traditionally, music and language have been treated as different psychological faculties. Speech functions were thought to be localized in the left brain and music functions in the right brain. But this has been proven untrue.

Findings in recent studies show that several neural modules are similarly involved in speech and music. Because of this, speech functions can benefit from music functions and vice versa.

More so, as in any serious study, an acronym was developed: OPERA. OPERA stands for the five conditions for plasticity in speech-processing networks.

Overlap of those areas in the brain that process acoustic features used in both music and speech.

How can music enhance our capabilities in language

Let’s continue down this trail of thought. This being said, evolutionary biologists are rejecting the view that music is just a byproduct of our language evolution. Why wouldn’t it be more? Could it be that music is a critical part of the core functioning of our brains? Developed maybe even before our language ability?

There are theories that the cognitive and social skills that came with music and dancing may have led to our development of language. When people recommend Mozart for babies, it’s because musical training is the only method proven to improve intellectual, linguistic, and emotional capabilities. Some people are naturals when it comes to language, but those who study music before the age of seven will have an advantage when it comes to pronunciation.

With OPERA and all of these studies in mind, it’s only natural that music can be conceived as a strong tool for memorization and learning new information. A classic exercise that works wonders at schools is bringing incomplete lyrics into language class and making students fill in the gaps. This seamlessly and effortlessly involves listening, reading comprehension, vocabulary, and pronunciation. And it makes class fun. It’s also a great excuse to pick up on slang and common sayings. It seems more natural when an artist introduces them into kids’ lives than when a language professor does so.

But filling in the gaps is an elementary to high school method. Songs for saying hello, tidying up and more have been used since kindergarten. Silly songs in classwork wonders. And having fun while you study is a really effective way to learn.

Music is catchy, you can sing along, take it places, and imitate singers and their accents and pronunciations. Implementing it as a tool for language learning simply makes sense. It can even be divided into lessons. Learning a whole song can feel overwhelming. But it can be broken up into verses, lines, and words. Or why not, even make students make their own songs.