‘Emily in Paris’ - reflections on working abroad and cultural boundaries - 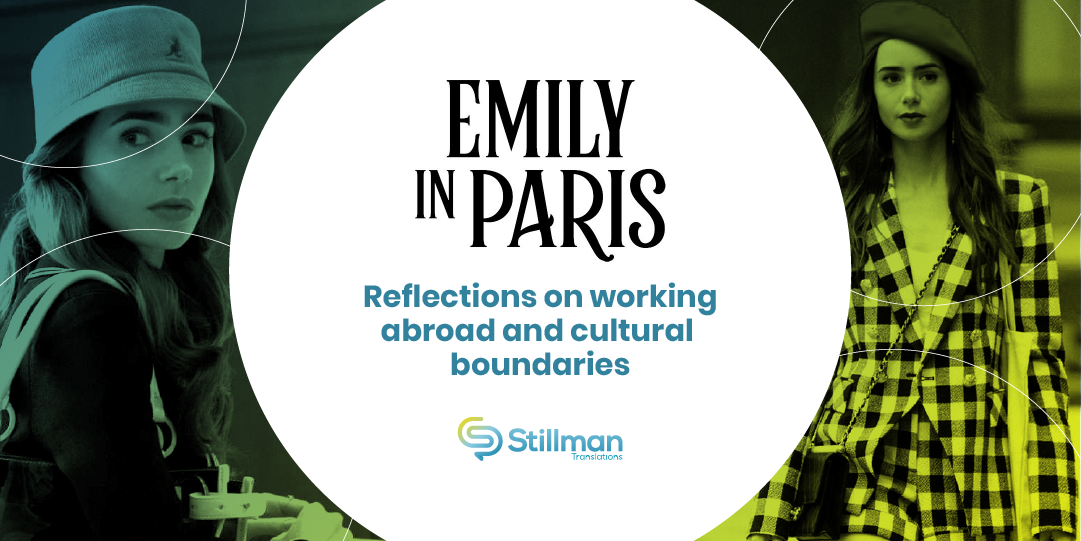 ‘Emily in Paris’ – reflections on working abroad and cultural boundaries

‘Emily in Paris’ is a new series of Netflix that tells the story of a young American (played by Lily Collins) who has a job transfer to a marketing agency in Paris. The series has caused some controversy about how Parisian life is represented (full of clichés and some situations that would never occur to ordinary mortals). However, it charmingly demonstrates the experience of working and living abroad, in what is considered one of the most romantic cities in the world. It also allows us to analyze what happens with cultural barriers and the use of language when we first arrive to a country with a culture very different from our own.

‘Emily in Paris’ and its controversy

The show portrays a romantic and idealistic storyline. This young woman arrives to a well-known Parisian marketing firm to teach them how to improve their social media strategy is an improbable scenario at best. For French critics, the show doesn’t represent the real way of life in Paris. Perhaps we couldn’t expect anything different from its director, Darren Star, who is the mind behind series like Beverly Hills 90210, Melrose Place and Sex and the City. But if you are looking to escape from reality and delight yourself with beautiful settings, charming characters and enviable wardrobes, then this series is for you.

For Parisians, ‘Emily in Paris’ if full of clichés about their city as the world’s epicenter of romance. It is not possible that someone in her position would own that many outfits! And also tolerate the constant mistreatment by her boss with a smile. Do French people smoke and drink wine that much? Are all French men seductive and great lovers? Why does everybody speak English, if she is the only one who doesn’t speak French? Well, that’s shocking. Perhaps a more realistic portrayal of Parisian culture would have been more respectful.

There is an accurate line in the show that even reflects all this controversy. Emily asks her boss, Sylvie, why she doesn’t want to get to know her, and Sylvie replies, “You come to Paris. You walk into my office and you don’t even bother to learn the language. You treat the city like it’s your amusement park. And after a year of food, sex, wine and maybe some culture, you’ll go back to where you came from.” To take it a step further, we can ask ourselves: when do we really get to know a foreign culture?

‘Emily in Paris’ also invites us to think about cultural boundaries when working abroad. According to the series, it is pretty easy not to speak French in a French city, because (apparently) everyone speaks English. This is a  vision that reflects American language and culture as dominant, which also leads us to think about the importance of  cultural diversity.

When we work abroad, we have to adapt to a whole new culture. This implies getting to know the people, the history, the customs and the expressions.  When Emily arrives to Paris, she doesn’t speak French, so she uses a translation app. Then, she starts attending a French school to learn the language. In the meanwhile, she finds herself immersed in this new exciting and, at the same time, kind of threatening, world that promises her art, great culinary experiences, and a lot of romance.

The experience of working abroad

Working abroad can be challenging. The culture of business changes a lot from one country to another. Working hours, dress codes, salary payment, and hiring conditions are all aspects to take into consideration. Also, how will colleagues respond to the arrival of a new member who is a foreigner? ‘Emily in Paris’ shows that even the idea of happiness can change according to each culture. It might seem easy, but cultural manifestations are constantly affecting us in some way.

On the other hand, working abroad has several benefits, such as cultural exploration, a broadened network, new perspectives to the same job/industry, and so on. According to a study carried out by Harvard Business Review, “People who have international experience or identify with more than one nationality are better problem solvers and display more creativity.” Also, they found that people with international experience were more likely to create new businesses and products and to be promoted.

The dream of learning French

Whether we liked ‘Emily in Paris’ or not, one thing is for sure: it is exquisite to hear French expressions and to see all that beautiful Parisian scenarios. It makes the viewers want to dive into this Romance language of the Indo-European family and to learn more about the French culture. We sure hope to see more TV shows that bring us the possibility of transporting ourselves into the experience of living and working abroad.