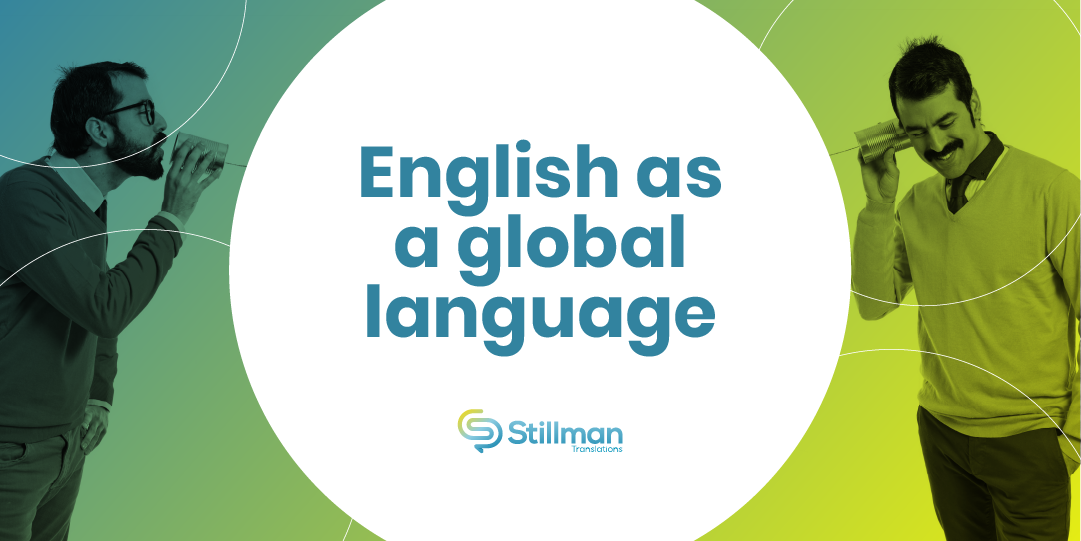 English as a global language

How many people speak English as a second language?

It’s hard to pinpoint exactly how many English speakers are out there, simply because the numbers keep growing! A recent report by Ethnologue, a research center for language intelligence, shows a chart that clearly places it at the top of the largest languages list. The general estimate is that there are currently over 1.132 billion total English speakers in the world, including both native speakers and non-native speakers.

This last detail is key. English would not be the most spoken language in the world if we were only counting native speakers. In fact, Mandarin Chinese is the language with most native speakers, followed by Spanish, with English falling only in the third place. This effectively means that more people have learned English as a foreign language or second language than as their mother tongue.

As linguists have noticed for some time, this means that English has reached a stage of development that has turned it into a “lingua franca” or “international language”, or a “global language”. Because there are so many speakers of English, it would be fair to assume that people from different nationalities are turning towards English as their way of communicating, even if it is not their first language.  Although it sounds like an appealing notion at first, the idea that the world benefits from having one “global” language also has its detractors and critics.

What is the difference between EFL and ESL?

EFL stands for “English as a Foreign Language” and ESL is “English as a Second Language.” Although similar, these terms do not mean the same. They are similar in that they point out the fact that English is not the person’s native language. Traditionally, the terms have been used to differentiate the location in which a learner of English is studying the language. Thus, if you were learning English in a country where English is spoken, then you would be studying ESL. On the flipside, if you were studying English in non-English speaking country, your studies would be considered EFL.

One important aspect of this distinction that is brilliantly explained by linguist and author David Crystal, in his book “English as a global language”, is the matter of prejudice assigned to these categories.  He claims it is important to, “…avoid interpreting the distinction between ‘second’ and ‘foreign’ language use as a difference in fluency or ability.” It would be fairly reasonable to expect that people acquiring the language in a country where English has some sort of official status (ESL) should be more competent.  But, as Crystal points out, “It turns out that this is not always so. We should note, for example, the very high levels of fluency demonstrated by a wide range of speakers from the Scandinavian countries and the Netherlands.” (who are EFL speakers).

Also, if we think of the many different “types” of English speakers out there, the only reasonable conclusion, put forward by Crystal, is that we should be speaking of “Englishes.” Yes, you read that correctly. Crystal sustains that the plural form of the word should be used at this point in history. He describes the case of children who are learning EFL as their mother tongue. Wait. What? Yes, it keeps getting more confusing! Think of the children who are raised by couples formed by EFL speakers, for example a Greek person and their Colombian partner, who communicate in English. Because they speak EFL at home, this will likely be their children’s mother tongue!

Crystal imagines how those children change the language when they grow up. He expects their “…intuitions about English will inevitably be different from those of traditional native speakers.” And, just like that, the myth of the native speaker is also taken from us. With so many different Englishes spoken around the world, the traditional assumption that a native speaker was a “model” for a certain type of “standard” English is no longer valid. Because there is, simply, no standard English.

How does a language become an international language?

Crystal claims that the success of English has nothing to do with the ease of its grammar or the aesthetic qualities of its expression. He also rejects the idea that it is because English “has no grammar” or inflectional endings. He goes on to explain that both Latin and French have also been international languages at some point in human history. Latin, for example, is a highly inflected language and yet its influence still remains in much of the territory the Romans conquered. It is fair to say, as Crystal explains, that a language does not spread worldwide simply because it has a beautiful structure or because great literature has been written in it.

“Language has no independent existence, living in some sort of mystical space apart from the people who speak it. Language exists only in the brains and mouths and ears and hands and eyes of its users. When they succeed, on the international stage, their language succeeds. When they fail, their language fails.” Although his words destroy any romantic notion of why English would be considered an international language, they also make a lot of sense.

The answer, according to the linguist, is that English was simply ‘in the right place at the right time.’ How so? Was it really that easy? Well, “easy” is probably not the right word for it. It took centuries to for it to get there, but, as you probably guessed, it had to do with British colonialism, World War II and the rise of the American economy, and a few other historical “coincidences.”

Why is English important as a second language?

By inserting the category of Englishes into our vocabulary, Crystal is contributing to the notion of English as a second language. He has allowed English to become a global lingua franca, but removed the colonial aspect from it. By letting us think of one global language that can take on as many forms as its speakers need it to have, he has also allowed its speakers to retain their identity. This is the importance of English as a second language: its ability to bridge gaps in communication, while adapting to the speakers’ identities.