Everything you should know about Thanksgiving - Stillman Translations 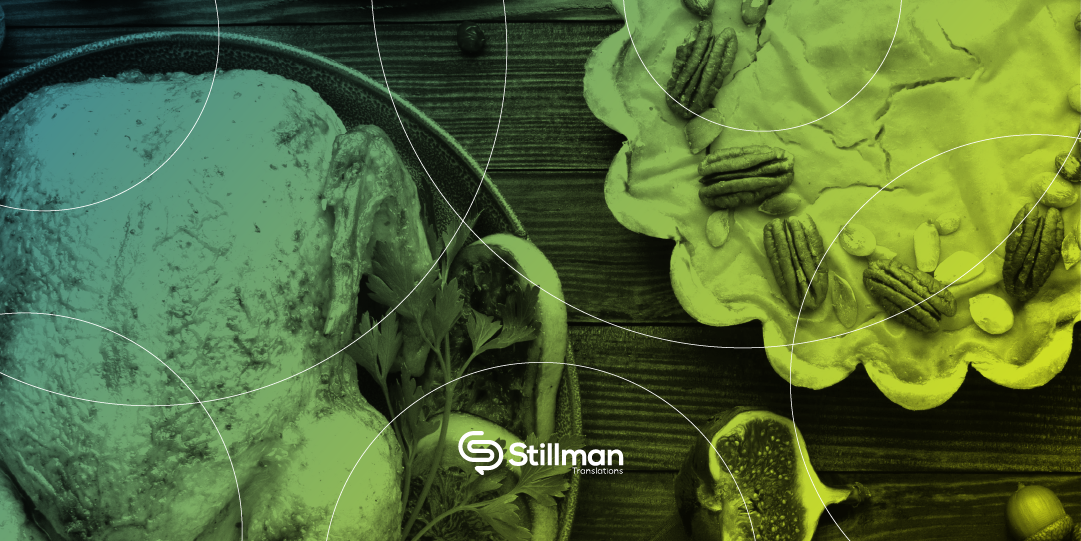 Everything you should know about Thanksgiving

This year, Thanksgiving falls on November 26 and perhaps the only thing we know for certain, after a very confusing 2020, is that human history is complex stuff. There are always multiple points of view and “factual” accounts can often be less than accurate. In the spirit of a 2020-type of Thanksgiving, why not reveal some of the details about this holiday that history books haven’t told us? Continue reading to dive into everything you probably didn’t know about Thanksgiving.

What happened on the first Thanksgiving?

What we all know is that a group of English Pilgrims got on a ship called the Mayflower in the port of Plymouth, England, and decided to cross the ocean to North America in 1620. They arrived in Plymouth, Massachusetts and they settled –according to some historians –  in what was already a beautiful village. The local inhabitants, a native tribe called the Wampanoag, had been nearly wiped out by a disease, so the village was mostly empty.

In 1621 – or so have history books claimed – the newcomers had survived a long, cold winter with almost no food. The Wampanoag helped the Pilgrims obtain food. They taught them to grow crops and showed them the best places to fish. After the harvest that year, the Pilgrims and the natives had a feast to celebrate and give thanks. This is a story of how the Native Americans generously welcomed the Founding Fathers and offered them a land to thrive on, which the Pilgrims peacefully accepted.

It wasn’t until 242 years later, in 1863, that President Abraham Lincoln made it an official holiday, with the intention of bringing some peace and celebration to his nation after the terrible years of the civil war had ended. A not-so-well-known piece of information is that Lincoln decided to set this holiday on the last Thursday of November, to have it coincide with the arrival of the Mayflower. Whether or not this was the actual date of the first Thanksgiving not clear.

What is the real meaning of Thanksgiving?

As with most stories that have been passed down from generation to generation, the story of Thanksgiving is a mix of myth and fact. What is certain is that this holiday links several chapters in US history. Thanksgiving has bound together the ideas of many generations around multiculturalism, solidarity, gratitude and connection with the land.

However, in order to fully understand its meaning, there are some historical details to debunk. Author James Loewen explains that the 1621 feast wasn’t the first Thanksgiving, since both the Pilgrims and the Wampanoag had their own ways of giving thanks before the Mayflower arrived. Giving thanks and celebrating harvests was at the center of both cultures!

Author David Silverman, in his book “This Land is Their Land” also tells the story of how the tribe Chief, Ousamequin, had invited the Pilgrims to enter a mutual-aid agreement, not as a generous offer to help the colonists, but as a strategic solution to the political conflicts of the tribe. He needed allies against enemy tribes and the Pilgrims needed food, so it seemed like a fair deal to make if he was to help his people survive. In short, even when mutual help and assistance was given and received, there were other factors involved at the start of the relationship between the Wampanoag and the Pilgrims.

For some Native Americans, Thanksgiving is rejected as a holiday and thought of as a day of mourning, because the alliance that was forged between the settlers and the Wampanoag, eventually lead to the killing of many native tribesmen in the years that followed. What is known as King Philip’s war lasted 50 years and it devastated de Wampanoag. For them, Thanksgiving is a reminder of a genocide and long-term attack on Native culture.

Other Native Americans, however, choose to embrace this day because they see it as way to honor their ancestors and appreciate the good things in their lives.

For the organization Native Hope, it is important that Thanksgiving is not celebrated as a stereotypical re-enactment of how “friendly” Native Americans welcomed the white settlers into their territory and naively handed it over, so that it could be turned into a land of opportunity. For them, Thanksgiving and Native American Heritage Day are days to reflect on the collective history of North America.

Perhaps, they should be thought of as a commemoration of actions that changed the history of North America forever. Days to remember generosity and resilience, and to honor the ones who were killed and their traditions. Thanksgiving, after all, is a day for giving thanks and supporting one another.