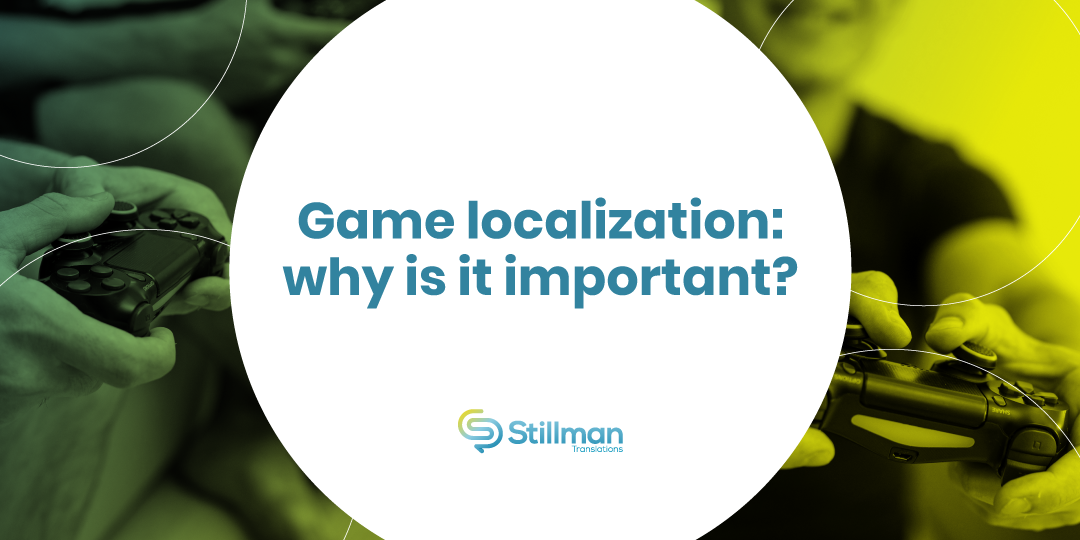 Game localization: why is it important?

The best way to connect a great game with the audience is through an excellent game localization process. The game localization market is growing by leaps and bounds. It is expected that the Game Localization Services market rises at a considerable rate during the forecast period, between 2020 and 2026. So, what is game localization about and why is it important?

What is game localization?

At Stillman Translations, we provide different linguistic services, one of them being game localization. Game localization is a process of adapting video games into other languages. As the translation can have some limitations of the specific vocabulary from one culture to another, localization allows to make a much more accurate language adaptation, because the particular manifestations of each culture are taken into account.

Localizing is a long process, packed with obstacles and challenges. Game localizers must meet the expectations of their target audience. They need to find the right tone, always staying true to the original version. Special attention must be paid to the target culture, their traditions, their slang and commonly-used terms – all while respecting the story and intention of the game.

For this reason, it is said that a good translator has to be invisible. A good localization should sound perfectly natural, and convey the original message without leaving a trace.

The process of localizing digital games is very different from the process of adapting software. The game industry has its own particularities, because games combine different media, such as video, audio, text and graphics. Localizing games requires attention to narrative as well as laws in other countries.

Game localization implies the organization of multimedia interactive entertainment software. This requires linguistic knowledge of certain game environments as well as creativity to build a consistent speech and character development. It is key for this kind of service to consider that each culture has a different perception of entertainment.

The main intention of localizing a game is to give the impression that the game was developed specifically for that market. It is really important that the linguists and localizers of the games are also gamers, so that they understand best the players’ preferences.

The content has to be tested taking into account different aspects, such as, the different space that requires each language (for example, German needs more space for the words than English). Also, the translators should have a profound knowledge of the source language and the target language, as well as, specific cultural attitudes.

According to Slator, based on a study conducted by the game development company Keywords Studios, there are expected revenues of around EUR 173.5m (USD 205m) for H1 2020, an increase of 13% from the same period the previous year. On the other hand, organic growth is expected to be around 8%.

During the pandemic, the demand for video game content has accelerated, and this trend is expected to continue. For all these reasons, it is key for game development companies to stay ahead and expand their reach to international markets. When that happens, localization becomes a must.

Why is game localization important?

Games should be tailored to improve users’ experience around the globe. For this reason, game localization becomes an essential aspect to take into account. As explained in the work titled “Localization of Digital Games: The Process of Blending for the Global Games Market”, the Internet has changed the ways in which companies interact with clients and the ways in which countries interact with each other. In this way, localization has become an area of specialization for members of the technical and professional communication and software development industries. Nowadays, large software companies increasingly regard localization as an essential activity.

As the gaming market keeps growing, localization allows companies to position themselves in new markets and to expand their possibilities. For this reason, it is fundamental to work with a team that has both expertise in gaming and localization, to reduce cultural and linguistic differences and to achieve the best results in any target language.