How to choose the perfect voice for each project - Stillman Translations 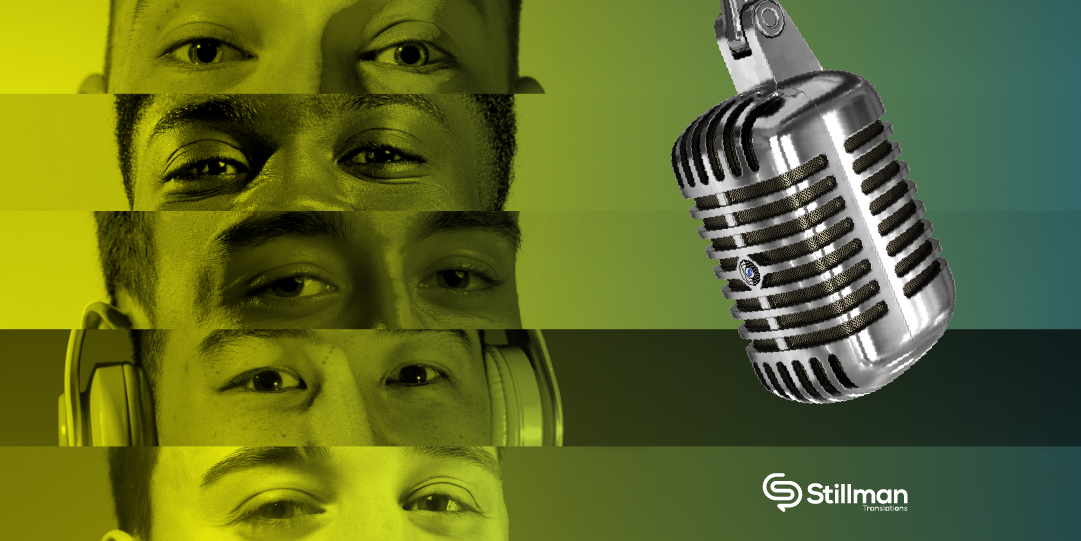 How to choose the perfect voice for each project

The creative idea sparks, a whole team works on it, the deliverables are amazing, and now… how do you choose the perfect voice?

Photo by Jason Rosewell on Unsplash

The marketing materials and brand identity traits we usually work on are without audio. Slogans, names, taglines, the chosen color palette, graphic design, articles. There is so much to work on.

But there comes a time where you may bump into a project that needs a voice. And what can make it even more difficult: a voice in different languages.

TYPICAL SCENARIOS WHEN A VOICE IS NEEDED

There are plenty. You want to make sure that the voices you choose represent your company image. And that they have the versatility to represent different scenarios. Which may require different voices.

Voice casting sometimes sounds like something beyond your scope, but it’s very near.

For example, the video game industry is one of the largest industries in the world. With so much attention and popularity, they have created an enormous pool of opportunities for voice actors, and it makes sense. Video games often require large amounts of effort: the main characters get hit, fire at each other, talk, shout, and it needs to be fun, or scary, or adequate for the storyline to be credible.

Or think about how audiobooks have grown to become one of the most popular forms of entertainment. The person who is chosen to record the book reading will have a definite impact on its reception. You can ruin a book by selecting an inappropriate voice. Or make it stand out amongst others.

And there are so many more cases and categories. There’s voice-over narration in documentaries, animated videos, corporate videos, tutorials, commercials. So what should you look for when deciding on your voice, regardless of the category?

WHAT TO LOOK FOR IN VOICE CASTINGS

The perception of the human voice is highly subjective and contextually and culturally nuanced. Yes. And numbers don’t necessarily tilt the scale one way or another.

For example, should you go with a male or female voice? Generically speaking, it’s inconclusive. In a poll of 2,200 US adults by Adweek and Harris Interactive, it was found that 46% believed that a female voice was more soothing, whereas 48% found a male voice to be more authoritative.

What to do? Go back to your roots and community: what characteristics or qualities define your brand identity? Who is your audience? What do you want to convey?

Subjectivities aside, there are specific traits to look for in a voice, such as volume, pace, pitch, rate, rhythm, fluency, articulation, pronunciation, enunciation, tone, to name a few. And the combination of these will decant in a raspier, throaty, funny voice. Or a high-pitched, clear, clean voice.

These qualities set the mood and create meaning. What you will want is someone with:

There are more vocal qualities, but these set the bar high. At Stillman, we take them into account when defining our team of professionals.

If you’re not sure what you’re looking for, you can brief us on what you’d like to achieve with this service so we can guide you. Also, there is a super fun website that lets you mix, match and try out different tones, languages, ages, and varieties of voices, if you’d like to get to know better what “upbeat” or “amateur but cool” means.

Photo by Clem Onojeghuo on Unsplash

First of all: it’s difficult to find someone who is a professional that can speak many languages. Second, people tend to sound different in other languages, and won’t necessarily portray the same voice effect. Third, each culture is different, is living in a certain context, and when localizing, maybe you’ll want to portray something else. Do you want to match tone and timbre? Do you want to change the gender? tone? mood?

That’s why it’s recommended to work with someone local, who knows the audience you’re seeking for, its culture, and who can rock it in a recording studio. At Stillman, we have language professionals from all over the world who can help you, guide you and find the perfect voice.