Language as a way of bonding and peace making - Stillman Translations 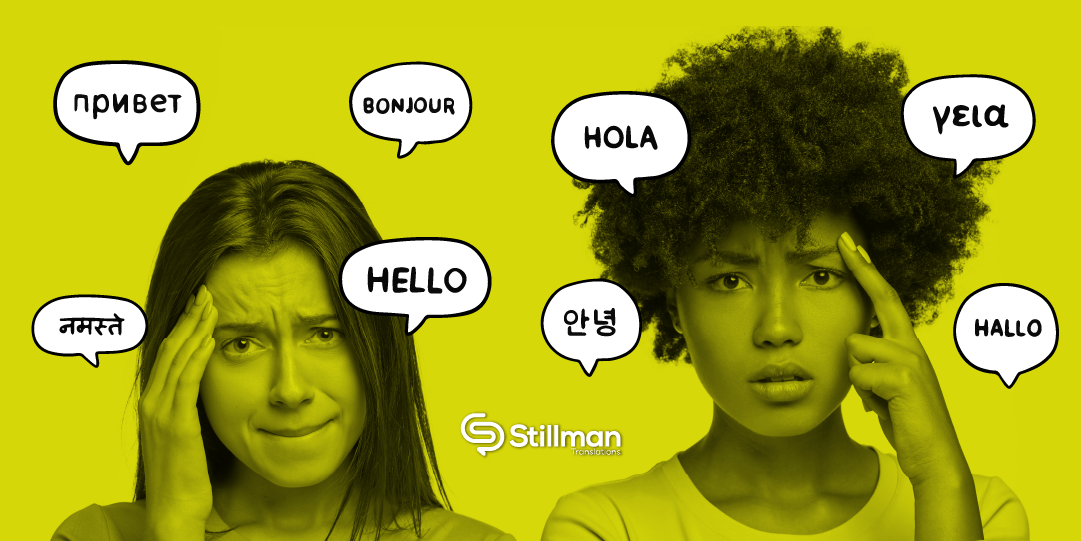 Language as a way of bonding and peace making

How much of an impact does language have in our day-to-day lives? The weight of words has been discussed in many generations of philosophers. Does language create reality? Is reality molded by our terminology? Or is language only a symptom of what goes on underneath?

Photo by Sunguk Kim on Unsplash

For Edward Sapir, language and culture are homologous mental realities and “the real world is, to a large extent, unconsciously built up on the language habits of the group. No two languages are ever so similar that they represent the same social reality. The worlds in which different societies live are distinct, not merely the same with a different label attached” (Edward Sapir, 1929).

It’s hard to provide a sure answer to the philosophical side to these questions, but there are stealthy arguments to believe that language can contribute to peace-making processes, bonding and tolerance and multiculturality in different countries.

THE PEACEMAKING EFFECT OF LANGUAGE

During an interview with a well-known digital newspaper, a couple revealed the astonishing case of their multiple tongue-speaking son. Unfamiliar with the effects of being exposed to multiple languages since birth, their child, who is fluent in four languages, shows remarkable feel and interest in languages and other cultures. He distinguishes the different “tastes” and nuances that come with each language, by preferring, for example, “petits pois” to “besela” (French and Arabic for “peas”), because of how it feels and the imagery one word creates in his mind in contrast to the other, even if they mean the same.

The theory goes that the more exposed to different cultures, religions, races and nationalities, one becomes intriguingly blind to their supposed differences. Because once the barrier of the unknown is surpassed, there is so much in common to explore, and so much richness in these singularities.

Speaking someone else’s language is a sign of respect, it shows recognition towards other cultures and the value added by them to global culture, which explains why the EU recognizes 23 official languages.

In order to bring more peace and a sense of understanding in international dialogues, learning the local language is key. This is the reason ambassadors have to be fluent in their working country’s language and why locals will always be more receptive to a foreign state’s official adapting his speech in the local language.

Over 20 years ago, in his speech on Language Education for World Peace (1996), Dr Felix Marti, President of the UNESCO’s NGO Linguapax International Committee, urged to consider language as the most palpable evidence of human creativity, because “each language expresses one of many possible human wisdoms”. Considering that there are 7,099, and 23 languages account for more than half of the world’s population, language is an international heritage worth protecting.

That’s why when translating a book, it’s extremely interesting to have both the original and translated version in one same edition, to compare, learn, observe. Or why interpretation services are so interesting, so as to have someone speak to you in your native language, but not miss out on perceiving the original way it was said. At Stillman we are passionate for these solutions that benefit people in so many ways.

THE BENEFITS OF ONE LANGUAGE FOR ALL OR MULTIPLE LANGUAGES

A Polish ophthalmologist, L. L. Zamenhof once had a very ambitious dream. After suffering greatly from discrimination, war, and violence, he read the impact of language the other way around. If each language represents a different reality, sometimes irreconcilable, he figured if there were only one language, it would reduce “time and labor we spend in learning foreign tongues” and “all nations would be united in a common brotherhood”. So he created Esperanto, the world’s most widely spoken constructed international auxiliary language.

Created in 1887, it was intended to be a universal second language for international communication.

But, even though having one language for all is tempting, it also kills what makes our world diverse. Different languages produce different stories, poetries, songs, and riddles. If one language disappears, those related things will also disappear.

A poll once evidenced that more than one in three (35%) considered Britain as the worst in Europe for communicating in any other language apart from their mother tongue. French citizens came second. And at the opposite end, the Netherlands was found to be the best at speaking additional languages.

This has, of course, a historical explanation. Even if empires are long gone, the fact that Britain had the largest empire in the world for centuries brought on a linguistic privilege only enhanced by the fact that America stepped up its game in global dominance. Unlike the French who had a widespread empire but lost its presence with time.

According to the Pew Research Center, only 20% of students in the United States are learning a second language. This varies state by state: Washington, DC has the second highest percentage of students learning a second language with around 47%, which quickly drops off with Wisconsin at 36%. Which makes sense, since there is no mandate in the United States for there to be any second-language learning at all.

THE BENEFITS OF LANGUAGE DIVERSITY

We’ve been through many of them along this article, but let’s summarize a few key benefits of why learning or implementing a new language in my life, workspace, institution, can improve tolerance:

Which is why at Stillman we provide all types of language solution services, from localization, to interpreting, from health industry to gaming and cosmetics. The more languages available, the more there is to reveal about the world around us.