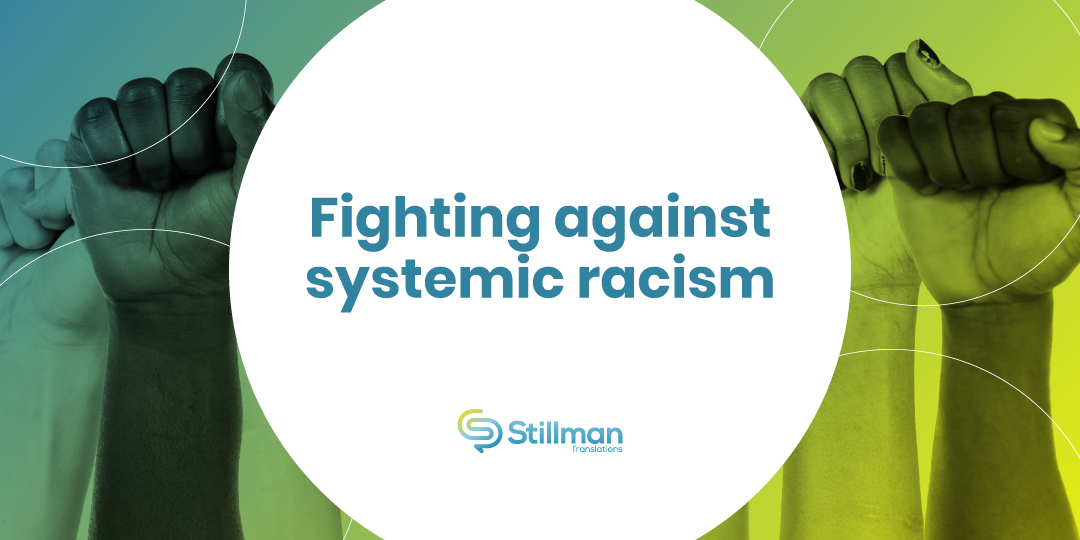 The recent unjust murder of George Floyd at the hands of police has driven a series of international movements to amplify the voices of black people all around the world. Fighting against systemic racism is a must in our generation. Communication is a fundamental piece, which has the power to either promote inclusive practices or perpetuate injustice systems.

Racism as a structural issue

Racism operates at multiple levels, ranging from the individual to the structural. According to Powell JA (2008), structural racism can be defined as the macrolevel systems: social forces, institutions, ideologies, and processes that interact with one another to generate and reinforce inequities among racial and ethnic groups. These sorts of practices are constantly reconstituting the conditions necessary to ensure their perpetuation.

Segregation can be understood as the separation of social groups. Segregation is commonly seen in the territories: the homes of those people who suffer from racial discrimination are often geographically separated. Residential segregation is also associated with other adverse conditions, such as environmental pollution, lack of access to health care and public transportation, and neighborhoods with infrastructural deficiencies.

Educational segregation also exists. The work of Walsemann and Bell (2010) has showed that there is an uneven distribution of students across schools, but also within the curriculum. For example, there are racial disparities in enrollment in advanced vs. less advanced courses.

Workplace segregation is another typeof social segregation. According to Elliott and Smith (2001), racial minorities tend to hold jobs with fewer benefits and more insecurity. Racial and ethnic segregation is also related with immigration status, as migrant workerstend to hold more physically and mentally taxing positions.

The 1790 Naturalization Act only allowed white people to apply. As Boswell (2003) expresses, “Every group which struggled against oppression in the United States had to, in effect, ‘become white’ because whiteness was the measure of full membership in the American community. As a legal matter, in order for an immigrant to naturalize he would have to be white”.

Minority races were constituted throughout history as inferior. Social Darwinism has been used as a germ theory to fundament social oppression and inequalities. It has also served for immigration control. Although many policies have changed to become more inclusive, inarguably xenophobic and racist practices continue taking place.

Computer access and cyberspace present a new territory where racism becomes noticed. In one way, having the opportunity to access and manipulate information is, nowadays, an essential part of social life. People who do not have access remain, in some way, excluded. On the other hand, cyberspace serves as a medium for the reproduction of extant race relations.

“Cyber racism” is a way to perpetuate differences. Many video games still present black and bbrown communities as the “bad guys.” According to the research of Gilbert C. Gee and Chandra L. Ford (2011) “Cyberspace and video games can contribute to the perpetuation of status quo conceptualizations of racial hierarchy.”

Another very important aspect to consider is how cyberinteractions and cyberbullying can directly influence behavior. There are many victims of cyberbullying that manifest depression. The number of people that commit suicide because of suffering from cyberbullying is alarming.

As Martin Luther King, Jr. said, “Injustice anywhere is a threat to justice everywhere. We are caught in an inescapable network of mutuality, tied in a single garment of destiny.” To stop racial discrimination, it is extremely important to learn from historical injustices and to understand the dynamics of exclusion and exploitation in our societies.

The program of the United Nations titled “United against Racism, Racial Discrimination, Xenophobia and Related Intolerance” expresses that Racism and racial discrimination attack the core of a person’s dignity. From the racist point of view, humanity is divided into different categories, some of which are considered more worthy than others. History has proved that discrimination, racism and intolerance damage societies for generations.

To promote and protect Universal Human Rights of any kind it is necessary to generate political awareness. For this reason, civil support and activism become essential.  The Black Lives Matter movement is a great example of how communication and social media can help a message turn viral and eeffect, in a positive way, the entire planet.

To fight against racism, it is essential to consider the multiple forms of racism and how structural racism operates. The multiple dimensions that constitute these sorts of practices should be taken into account in order to understand the complexity of this issue and the urgency to take action.