The Amanda Gorman Gate. How the translation industry questioned itself. - Stillman Translations 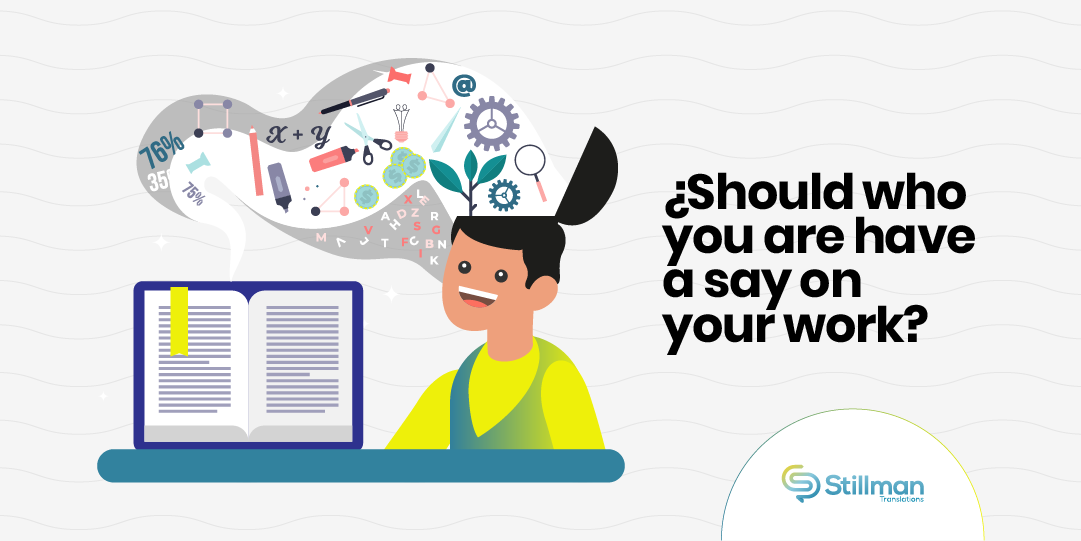 The Amanda Gorman Gate. How the translation industry questioned itself.

The Amanda Gorman Gate. How the translation industry questioned itself.

¿Should who you are have a say on your work?

Aron Aji, a literary translator and professor at the University of Iowa, runs a Facebook group called Literary Translation with more than 4,300 members from 99 countries. It’s usually mildly active and tranquil. But last year, this group had a shockwave of comments. Some are toxic enough to be removed.

What were they all about? The translations of Amanda Gorman’s “The Hill We Climb.”

Who is Amanda Gorman

Born in 1998, in Los Angeles, Amanda Gorman is an American poet and activist. Her work mostly addresses black identity, feminism, marginalization, and climate change. As a child, she and her sister both had difficulties with speech. Her auditory-processing disorder made it hard for her to pronounce the letter r. So poetry became her outlet.

Today, Gorman is one of only a handful of poets, including Robert Frost and Maya Angelou, to recite a poem at a U.S. presidential inauguration. After this event in 2021, she gained international fame with her poem “The Hill We Climb”.

What happened at the presidential inauguration?

Amanda Gorman’s poem stirred the crowd. The rights to reproduce were quickly picked up by Penguin Random House. And in no time, she was on her way to be translated into more than a dozen languages.

This is where the problem begins.

Two qualified literary translators resigned from the task. The cause being they were unsuitable for the task. And so the upheaval began. The first was Marieke Lucas Rijneveld, considered ideal for the task by Meulenhoff. Rijneveld had previously welcomed the assignment, saying that “at a time of increasing polarization, Amanda Gorman shows in her young voice the power of the spoken word, the power of reconciliation, the power of someone who looks to the future instead of looking down”.

But the press was quick to respond. Journalist and activist Janice Deu said about Rijneveld “They are white, nonbinary, have no experience in this field, but according to Meulenhoff are still the ‘dream translator’”.

Spain confronted a similar dilemma when the poem’s Catalan publisher dropped Victor Obiols, also considered not suitable for the project.

A translation problem of scarcity

The American Literary Translators Association made a key sidenote. They highlighted how the question of whether identity should be the deciding factor in who is allowed to translate or not, was not the real issue. The real underlying problem was the scarcity of Black translators. Last year, the association carried out a diversity survey. Only 2% of the 362 translators who responded were Black.

Translating is hard to do full-time. Many translators are also academics or authors themselves. Some complained the Amanda Gorman case was “ the victory of identity politics over creative freedom”. But the thing isn’t being black, white, binary, or non binary. It’s who gets the opportunities to at least be considered to translate. Janice Deul claimed she could think of at least 10 Black Dutch spoken-word artists who were completely overlooked. None were presented as options. Moreover, she explained, “I’m not saying a black person can’t translate white work, and vice versa. But not this specific poem of this specific orator in this Black Lives Matter area, that’s the whole issue.”

So, who can translate?

Issues of identity should definitely be considered. And it is the publisher’s responsibility to look for the ideal combination between one given work and the person who will translate it.

There are cases like Greece’s where due to racial profile, there are not many translators or poets of color to choose from. And so the translator was a white emerging female poet. Which is not wrong per se at all.

There are also profoundly moving cases like the Roma. The Roma are one of Europe’s largest minorities, and it’s most marginalized. They migrated from India to Europe centuries ago yet are still treated like outsiders. Even called gypsies until very recently. Galambica, a 20-year-old Hungarian Roma, did the translation for Gorman in her country.

The Roma are likely to not finish high school or find good jobs. Teen pregnancies are common. And unfair stereotypes surround them and make them outliers of society. Marked as fraudsters, cheaters or to be wary of. These people have a very steep hill to climb. This background was deemed very relatable to Amanda’s dreams of a better, more inclusive society that leaves room for those who have always kept “in the shadows”.

“When you experience hate every day of your life,” Galambica says, “you just feel every word of the poem. You feel seen. You feel hope that you can do much more in life than what society tells you.”

The translation world doesn’t tend to have many large controversies. American publishers have not historically used the background of the author as a deciding factor on who is going to work on the book. According to a recent survey  73% of the translator community is white, 11% is Asian, 10% are Hispanic/Latino, 4% are Middle Eastern/North African and 2% are Black

These conversations are important to understand when this variable is adamant and when it can be mildly overlooked. Identity is a factor. Lawrence Schimel, an author, and translator braught up a Spanish translation case of a straight man who, based on ignorance, made some serious assumptions about gay subculture. He didn’t know terms and words and the translation ended up being very misleading when put beside its original.

This doesn’t mean a woman can’t interpret a man, or that you need to be of a certain ideology to truly understand what you read. Ilan Stavans, the publisher of Restless Books, said translators should be selected based on sensibilities, not their identity. Because “Translation is an attempt to bridge beyond identity, beyond cultures, bringing someone, something that is very different from us into our own ecosystem.”

Still, he, and all of us, agree that it is important to provide opportunities for translators from all groups to make truly informed and quality decisions. At Stillman, we make sure we do.

If you would like to learn more about this topic go to “https://www.stillmantranslations.com/anthea-bell-the-english-voice-of-freud-kafka-asterix/”