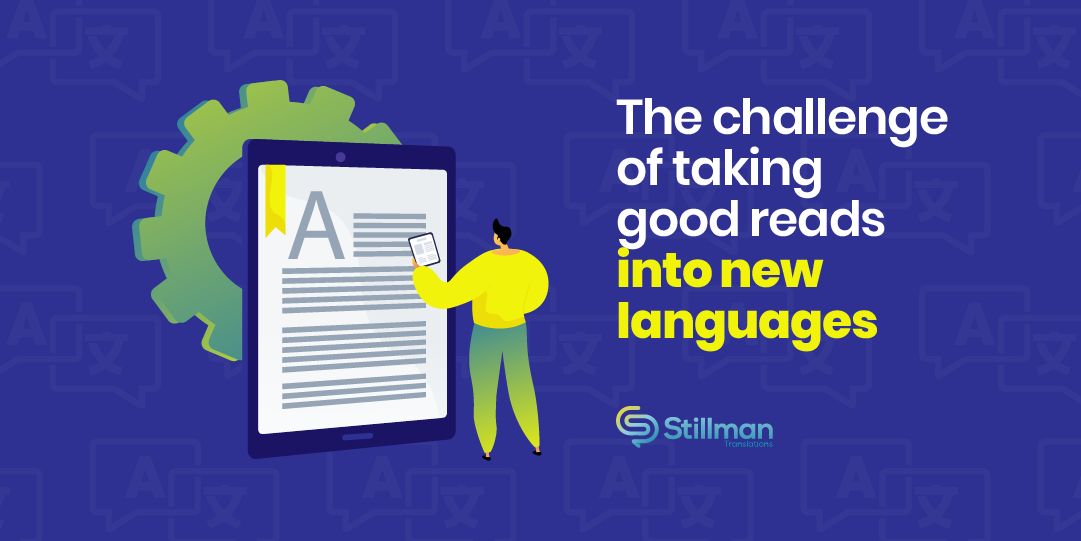 The challenge of taking good reads into new languages

From Haruki Murakami, to Kashuo Ishiguro, Italo Calvino and Camus all the way to Borges. Literature from around the world is at arms grasp. But, there is only one tiny thing standing in the way: most of us depend on translations.

How easily do literary devices and effects survive translation from one language to another?

From Haruki Murakami, to Kashuo Ishiguro, Italo Calvino and Camus all the way to Borges. Literature from around the world is at arms grasp. But, there is only one tiny thing standing in the way: most of us depend on translations.

Before, getting a book translated took ages. So being able to buy it online at all is a great leap forward. Schools can teach about different cultures through them. We can travel through them.

Still, can we say it is the same book? Is it possible that some aspects of literature can’t be translated at all? How can we bridge this unwanted gap?

THE ART OF TRANSLATION

Literary (not literal) translation is a real piece of work. Maybe even a work of art. In Jhumpa Lahiri’s words: “To be a writer-translator is to value both being and becoming.” And she notes, “Translation (…) shows me how to work with new words, how to experiment with new styles and forms, how to take greater risks, how to structure and layer my sentences in different ways. Reading already exposes me to all this, but translating goes under the skin and shocks the system, such that these new solutions emerge in unexpected and revelatory ways”.

So many questions arise. So many possibilities become tangible. What to translate? Wordplay? The essence? How can one be most faithful to the original text? Where does one draw the line between being faithful to the essence and driving too far away from the source?

In her TED video, Mariam Mansuryan illustrated this point excellently. She moved from Armenia to Prague. Fluent in both Armenian and Russian, she developed skills in English. Three languages are more than enough to be able to compare fiction across languages. And so, she stumbled upon findings such as “To kill a mockingbird’s” translation.

In one language, the gender of one of the main characters is not revealed until much later on. This reflects the character’s journey from childhood to womanhood. An authentic bildungsroman built into the very words. But in Russian, that same play is not possible. Gender must be clarified. So part of the magic is lost. Which made her wonder, could she claim they read the same book?

In her book Translation and Translation Studies: Introduction to Translation (2001), Professor Amparo Hurtado Albir, translation specialist, defines five literary translation techniques. This is a good start to understand what to look at when buying a book that has been translated from another language. In the translator’s note, you will probably find their approach.

This technique refers to those cases where one cultural element is replaced by another more relatable to the receiving culture. For advertisements and slogans, this is recommended.

It means using a paraphrase in order to explain a word with no equivalent in the target language. It’s not wording efficient, but it helps keep meaning intact.

Sometimes, information or stylistic devices need to be moved. The impact can radically change. So in order to maintain the effect it had in the original text, it is moved. It compensates for some of the losses. This is typical with puns y wordplays.

This “involves removing items of information in the original language text so that they do not appear in the target text”. If it’s non-essential, sometimes it is better removed. Their elision will improve the stylistic quality of the work.

Sometimes, why not, we just keep the word. It is ‘borrowed’ and kept the same. This can be an expression taken from a third language like Latin, a familiar expression by speakers, an untranslatable expression not worth explaining, names, nicknames, game names.

Balance is hard to find. All of these resources will probably be used in the same translation task. And different genres have different complexities. Poetry, for example, can be particularly challenging. Or novels.

Best-selling author Patrick Rothfuss explains that it is not just the length of the text involved that is problematic: “Names are important things. I work hard to create real-seeming names for things in my world. Names that give a strong impression without actually saying anything. Names like Mint lane, Cricket, and Downings. This real-seeming (but in reality made-up) names sound good in English, but they’re a huge pain to translate.”

So the art of translation i’s about recreating the atmosphere of the original novel without translating it word for word. Humor, irony, plot twists, imagery, references to custom. Of course, some of these are resolved in footnotes. But that resource also has a limit to it.

Untranslatability is present in almost any literary text. A lexical gap is most likely to appear every time. Brian James Baer, professor of Russian and Translation Science, posits that untranslatability is sometimes seen by nations as proof of the national genius. He quotes Alexandra Jaffe: “When translators talk about untranslatable, they often reinforce the notion that each language has its own ‘genius’, an ‘essence’ that naturally sets it apart from all other languages and reflects something of the ‘soul’ of its culture or people

So there is no perfect translation. There are only important aspects to keep in mind. Such as determining how much missing background information should be provided to preserve specific cultural references, or what was the author’s main intention when writing so as to preserve it.

HOW TO TEACH TRANSLATED BOOKS IN CLASS

There is one final step to translation, and it makes itself present inside classrooms. Even if the translator did an amazing job. Even if it seems seamless. An appropriate exploration of the authors and book’s background is ideal.

There are typically three models used to teach literature in EFL/ESL classrooms. Literature as a Cultural model, by which students mainly learn about culture and ideologies. The language model, where the focus is set on the use of language and vocabulary. And finally, the personal growth model, where achieving engagement with the text is the goal.

To enrich students’ understanding of the time and place in which a novel is set, related articles from the time, photographs, video, interactive graphics, or podcasts are excellent complementary material. Rewriting portions of text, updating it, or telling the story from a new point of view are also very common.

However, you choose to go around it, don’t forget books have roots that make them unique. And they are worth teaching.