The Different Types Of Spanish And English - Stillman Translations 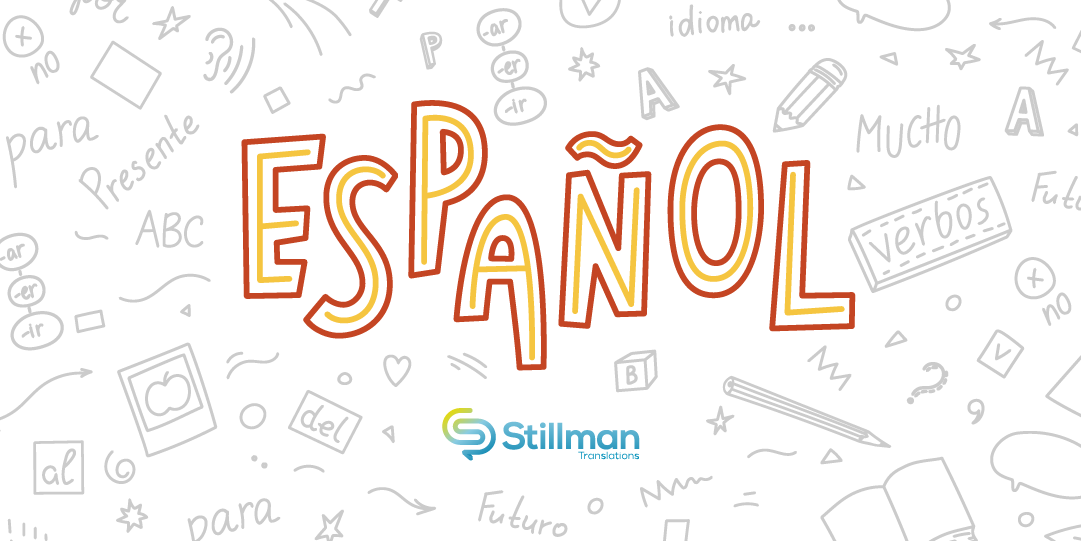 The Different Types Of Spanish And English

English is an official language in over 60 countries around the world. Spanish is also a widely predominant language, especially all over the American continent, including the US. Yet, we tend to strictly portray them as two fixed languages, and to miss considering those differences when in need of translation or interpretation.

Its Importance When Choosing A Translator

We are biased to believe that any English or Spanish speaker will do. Who knows, maybe even Google Translate could do the trick just fine. But there are different types of Spanish and English. And though we forget, we actually do know that. For example:

Sweater or Jumper? Sneakers or Trainers? Faucet or Tap?

And it’s important to keep this in mind when applying it to our professional lives.

Language does not exist in a vacuum: it is a social phenomenon. As such, we find differences in speakers’ pronunciation, grammar, and vocabulary according to many factors such as place of origin, residence, ethnicity, social groups, and so on.

A book called “English accents & dialects”, written by linguists Arthur Hughes, Peter Trudgill & Dominic Watt portrays distinctly how, when foreign learners of English first travel to the British Isles, they are usually surprised, and often dismayed, to discover how little they understand of the English they hear. People seem to speak faster, differing from the English the visitor has learned, with a marked pronunciation and varied changes in grammar and vocabulary. Most conclude that the English, Welsh, Scott, and Irish do not speak English correctly. And native speakers agree. So in translation, adaptation, and reaching new audiences, “correct” or not maybe the most important variable. When considering the different types of Spanish, or English in this case, who we are reaching out to is the single most important variable.

The Different Types Of English

The so-called Anglosphere, composed of Australia, Canada, New Zealand, the United Kingdom, is home to the most widely accepted variants of the English language (though there are also significant numbers of native speakers in several other countries such as South Africa, Singapore, and Nigeria, as well as many Caribbean countries).

But even inside this close-knit group, we find that, when it comes to written English, the various forms are distinct in terms of spelling, grammar, vocabulary, and terminology, tilting the scale when it comes to choosing certified English translations. Most likely, a native U.S. English speaker will not identify with a text written in UK English and vice versa.

It is the preferred variant in most European countries as well as in English-speaking countries in Africa and South Asia (i.e. India, Pakistan, Bangladesh). Is there only one UK English? Of course not. But luckily that difference can be most noticed in pronunciation, which makes written translations or adaptations easier, for someone from Liverpool, London or South West Sussex in England will sound very different. When people think of UK English, they mostly recall what is denominated ‘the Queen’s English’.

United States English is the other major variant of English. Movies, series, and major pop stars are the main teachers for the whole world. U.S. English tends to be very common outside of Europe because of these actors. Still, just like British English, American English varies widely from state to state. However, in this case: a) the US is a much bigger landmass, which means there is room for more differences, and b) there are lots of regional differences in vocabulary.

Graphic artist Josh Katz portrayed these differences in a series of fun and surprising maps for his 2016 book “Speaking American”.

Canada used to be a part of the British Commonwealth as an independent state until 1931, but being very near the U.S. Its combined history, close ties to its neighbors, and very own local culture, derived in a different type of English with many Canadianisms.

Yes, there is such a thing as International English, though it’s not so easily defined. It exists for Spanish as well: what is usually called “neutral” Spanish. Though there is no standard definition, it refers to an English that is free of any cultural references with a spelling system that mixes both American and British forms.

Which one to use? That depends on the task, objective, and, of course, audience.

The Different Types Of Spanish

Spanish is the official language for 19 separate countries and Puerto Rico. This means that there is hardly one standard dialect. In the United States, there are 41 million people aged five or older who speak Spanish at home, with about 6 million of them being students. Also, about half of all United States Spanish speakers assessed themselves as speaking English “very well” in the 2000 US Census. That increased to 57% in the 2013–2017 American Community Survey.

Same as with English, Spanish speakers from around the world can understand each other regardless of the variations. But, most likely, someone from Chile won’t identify with the Spanish spoken in Mexico, and even less with the Spanish that is taught in the U.S. Also, South America is a huge landmass of very different countries, cultures, and histories, so pronunciation, vocabulary, and terminology vary substantially. The word “sock” can be translated to “calcetín”, “soquete” or “media” according to the region. Or Popcorn, which can be referred to as “pochoclo”, “pororó”, “palomita de maíz”, among others.

Also, sometimes the same word can mean something entirely different when skipping from one country to another. In Mexico, Cajeta is a type of caramel, which is known as “Dulce de Leche” in Argentina. And in Argentina “Cajeta” is a slang word for female genitalia. So, not the optimal translation.

The most common Spanish dialect taught in the U.S. is standard Latin American. It is sometimes called “Highland” Spanish since it is generally spoken in the mountainous areas of Latin America. Countries such as Mexico, Colombia, Peru, and Bolivia have this similar way of speech, especially in urban centers. This Spanish is said to resemble the one spoken in Spain in the sixteenth and seventeenth centuries, brought to the Americas by the early colonists.

Very similar to the one spoken in Uruguay, instead of “tú” as a way of saying “you”, they choose “vos”. Accompanied by a modified old Spanish verb form of “usted” for formal conversations. As if part of the English-speaking world still used “thee” and “thou” in everyday speech. Intonations also vary, which will make accent marks switch places or sometimes straight-up add letters. For example, the imperative form of the verb play in Argentina is “jugá” while in other Spanish-speaking countries it is “juega”.

Asides from that, the biggest differences might be found in accents and specific vocabulary.

This variant is, ironically, only used in Spain. Verb conjugations and pronouns are similar to Latin American Spanish, though. Its main difference is the pronunciation and extremely distinguishable “z” sound in the phonetic.

Yes, there is a special Spanish for the United States, which makes sense when looking at the population numbers aforementioned. What’s more, New Mexico and LA have their own Spanish dialects.

Very similar to what we defined earlier as “International English”, what is called “neutral” Spanish is very similar to Latin American Spanish, but free of any local connotations or cultural references, to avoid misunderstandings. It adopts more often a passive voice to also avoid choosing between verb conjugations.

Which type of certified Spanish or English do you need? At Stillman, we have professionals from all over the world ready to get started.