The Role of Interpreters in War Zones - Stillman Translations 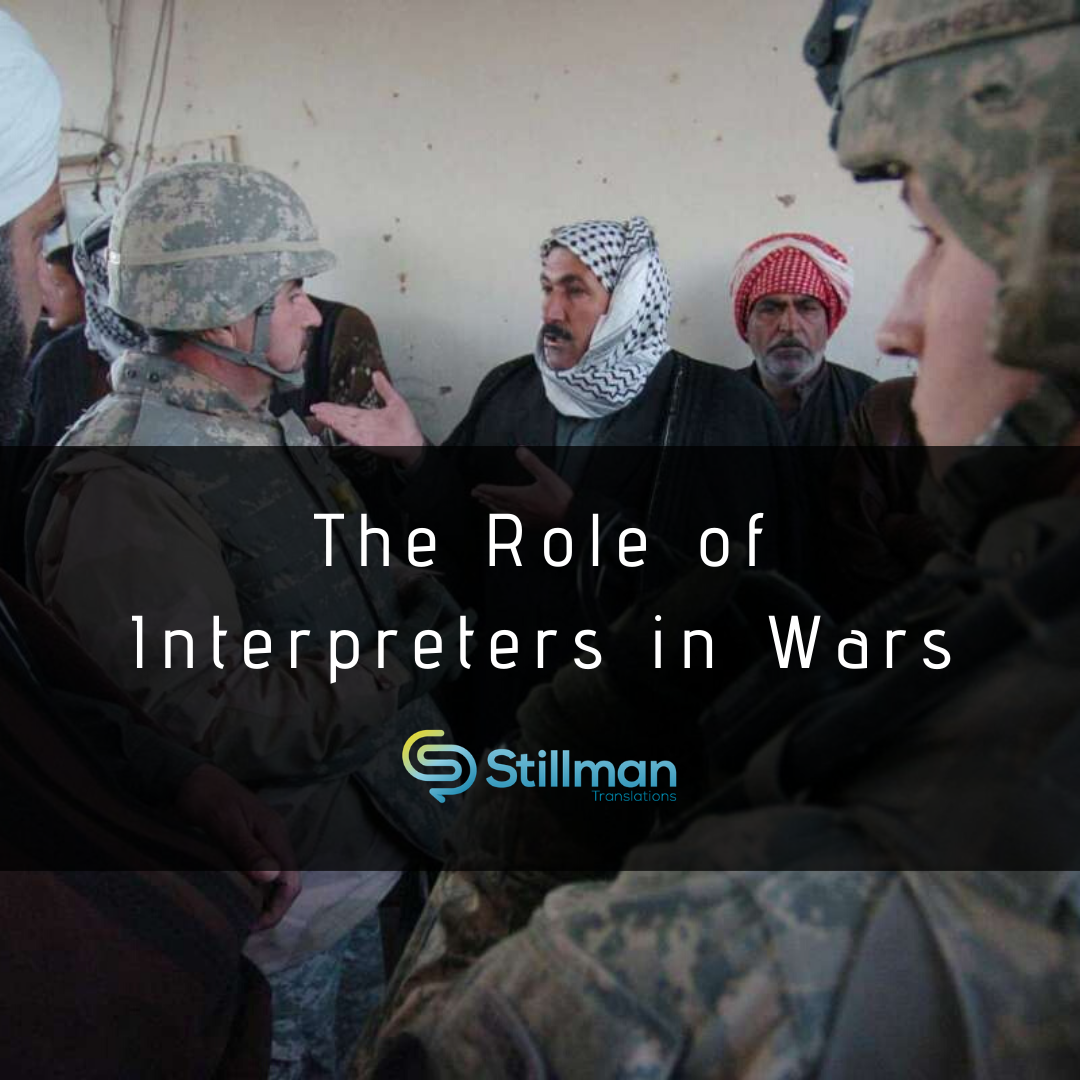 The Role of Interpreters in War Zones

As the novelist Margaret Atwood said: “war is what happens when language fails.” Language is a powerful enabler. If well managed, it can lead to understanding and peace, but it can also be an element of alienation. Miscommunication can generate conflicts or catastrophes.

According to the book “Interpreters as Diplomats: A Diplomatic History of the Role of Interpreters in World Politics,” in all ages interpreters were needed to allow human communication. Without their services, there could have been no “international relations.”  Even though translators and interpreters fulfilled really important functions throughout history, they have been largely ignored by historians.

For Jesús Baigorri-Jalón, wars and other social cataclysms of the 20th century were a source of demand and supply of interpreters. Many of them ended up fulfilling this role by chance as they had the knowledge of the languages required in the right place and at the right time.

Many of these interpreters learned other languages while escaping from dangerous areas or seeking for better opportunities in other countries. For example, during the Spanish Civil War (1936–1939), thousands of children were sent abroad by their parents in order to protect

them from the bombing. Some of them had to stay in the Soviet Union, unable to return with their parents, so they became “Hispano-Soviet interpreters,” as they were called. Other interpreters acquired the knowledge of languages as a result of forced displacement of their families for political reasons, as happened with Nazism.

Interpreters and translators have an important role during wars, particularly when combatants cannot understand each other or cannot understand the people they are in contact with, such as local civilians. In most cases, this role during war periods is not fulfilled by professionals, but instead by people who have the ability to keep an open dialogue.

There are different stages in which interpreters can be called to participate in war situations:

World War II was a significant moment in history for interpretation to be considered as an important subject. Linguists and foreign-language speakers were employed by a variety of different institutions, such as the armed forces and their auxiliary services, the Foreign Office, and other ministries. Slowly, it became clearer for the militia the importance of working with linguists during occupation/liberation of territories.

As an example, in 1934, the interpreter Andre Kaminker made history by rendering into French Adolf Hitler’s speech in Nuremberg on the radio. Listeners in France were able to hear the speech held by Adolf Hitler in Germany. This was the very first time in history a speech was simultaneously interpreted. And we all know how powerful the consequences of that speech were.

Throughout the history of humanity, interpreters played a fundamental role. Over the past years, linguists “at war” have gained much more visibility because the mediatization of political and military conflicts has increased. For Baigorri, interpreters are the gatekeepers in the communication sequence. They use different codes and strategies depending on circumstances, always trying to avoid getting drowned in an ocean of words or lost in translation.