The voice behind the accent: what does equalizing how we speak mean? - Stillman Translations 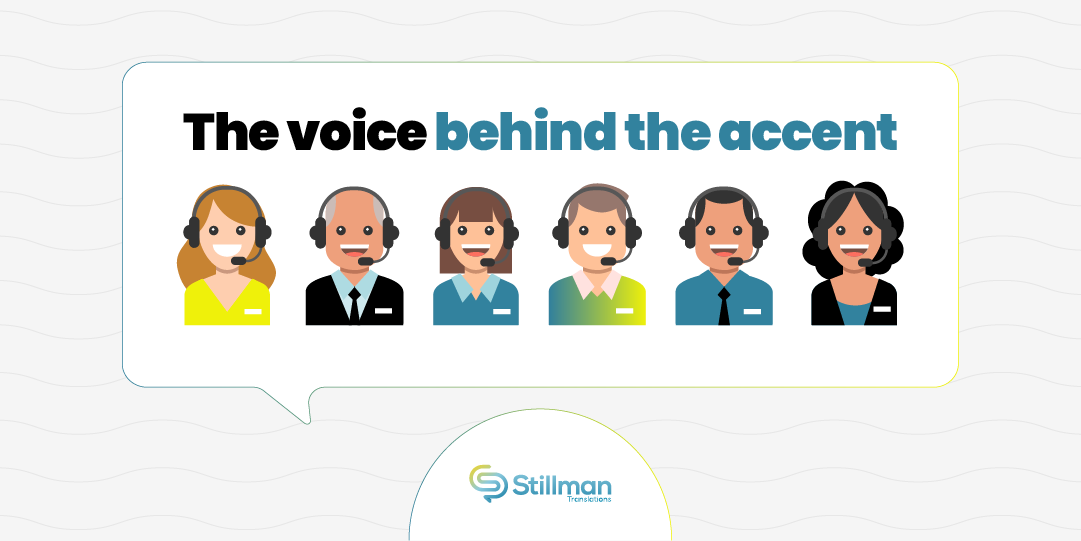 The voice behind the accent: what does equalizing how we speak mean?

What does equalizing how we speak mean?
What if people in call centers all spoke just like you?

What if people in call centers all spoke like you?

The term “Linguistic Profiling” or “Accent Discrimination” describes the judgment people face because of their manner of speaking. You may think by now we were over making assumptions based on race, color, or any other arbitrary category. But according to a study on the topic by Professor John Baugh in St. Louis, people screened diverse sounding dialect candidates through the phone. They lost their chance to be employed because of their voice.

Over the phone, snap judgments are not uncommon at all. That is how movies like “Sorry to bother you” are born. With gags about how black people at call centers needed a “white voice” to succeed. Or how three students launched a voice-equalizing app after a friend got fired because of his over the phone accent.

Today Sanas, as they named the start-up, is testing out artificial intelligence-powered software that changes people’s accents in real-time. This means a call center worker in the Philippines, for example, could sound like someone from Kansas.

But what are the implications of this?

More about Sanas and linguistic profiling

To the three Stanford students, it didn’t make sense. Their friend was fluent in English and Spanish, extremely and an excellent professional in his field.

Why hadn’t he been able to hold down a call center job?

His accent made it hard for many customers. Some even insulted him because of the way he spoke.

The three were familiar with the topic, though. “We all come from international backgrounds. We’ve seen firsthand how people treat you differently because of the way you speak,” explained Serebryakov, the CEO, in an interview. “It’s heartbreaking sometimes.”

With artificial intelligence-powered software, they decided to eliminate miscommunication by changing people’s accents in real-time. The company’s website talks about “Speech, Reimagined.”

A practical approach that reduces costs

People make assumptions when they hear foreign accents. To them, to their parents, it meant noticing how someone would suddenly speak a little louder. Even change their behavior.

Then again, the very idea of re-learning how to pronounce words is exhausting. And sometimes not a completely achievable goal. Not to mention, most people are not ashamed of where they come from, but they would like for things to be easier in some crucial spaces. Like work. Or healthcare.

Why not let technology do that for you? For Sanas, it meant no more accent reduction training. Nearly instantaneous understanding between parts. For Pérez, CFO, it could play a game changing role in patient/doctor communication. Even Google Home or Alexa are not great at accents. In 2018, a Washington Post investigation found that voice assistants like Alexa and Google are 30% more likely to inaccurately interpret non-native accents. What if they could make communication easy and free from friction for everyone? What if people could speak confidently no matter where they are?

“As an immigrant from Turkey, I’ve always felt that getting rid of the accent barrier was a critical next step for a more fair and prosperous world,” said Baris Akis, president and co-founder, of Human Capital. “It’s been amazing to partner with a team that’s so mission driven and pushing the edge of speech technology to make that a reality.”

What about reducing biases and discrimination?

This heartwarming, cheery innovation has its B-side to it. The very core of the problem is not miscommunication, but the underlying accent discrimination that lives rent free in our conscious and unconscious. If we cover up the symptom, what do we do about our biases?

A New York-based HR consultancy examined allegations of accent discrimination at a global non-profit organization. An Ethiopian-accented staff member had reported his English had excluded him from meetings, made him self-conscious, and had forced him to relegate to the chat feature. A man who had clearly been hired because he was capable of doing his job and making himself understood.

Linguistic discrimination isn’t even intentional many times. Certain forms of English are by default holders of fewer benefits. Judgments are sometimes unconscious and have almost no relation to the actual communication skill. “When English is spoken by some Europeans, including for example French-, German-, Italian-accented English, they can be considered really cute, sophisticated, stylish and so forth,” explains Sender Dovchin, a sociolinguist at Curtin University in Perth, Australia. But, she adds, English is spoken by Asians, Africans or Middle Easterners may be viewed as challenging and unpleasant.

Suresh Canagarajah, a linguist at Pennsylvania State University, US, says that given how transnational work has become, we all need to get better at communicating with people speaking all kinds of English. “You can’t afford to say ‘I don’t understand Chinglish or I don’t understand Indian English’, because you’re going to lose out on that market.”

Heather Hansen is a Singapore-based American communications advisor and accent modification specialist. Her company lives out of speech enhancement services geared to professionals who feel hindered by thick foreign accents. “Accent neutralization” is one of the popular courses. Surprisingly, she believes native English speakers are the ones who should start welcoming a range of accents. Number wise, it makes more sense. And it would be more considerate. In one call center in the Philippines, workers were introduced to 35 different English accents, as the BBC reports.

She saw first hand how accents eroded people’s self-esteem and prevented them from speaking their minds. Even in the most accomplished professionals in the top tiers of leadership. Which makes you want to stand in line with Sanas. While we fix things, there are many people suffering the consequences of this.

France set a positive example in 2020 when it passed a ground-breaking law banning what French sociolinguist Philippe Blanchet terms “glottophobie”, racism based on regional or foreign accent. The new law set a maximum penalty of three years’ imprisonment and a €45,000 fine.

Plurilingualism and linguistic plurality is a sign of vitality and richness. At Stillman, we believe that. Glotophobia denies this incredible diversity. The rejection of an accent is the rejection of a person. Hansen describes it wonderfully when she says the key when miscommunications happen, is a mind shift from frustration to curiosity.

If you need language experts, we have people from all around the world that could be the perfect fit for your project. Contact us.