Tips for translating swear words from around the world - Stillman Translations 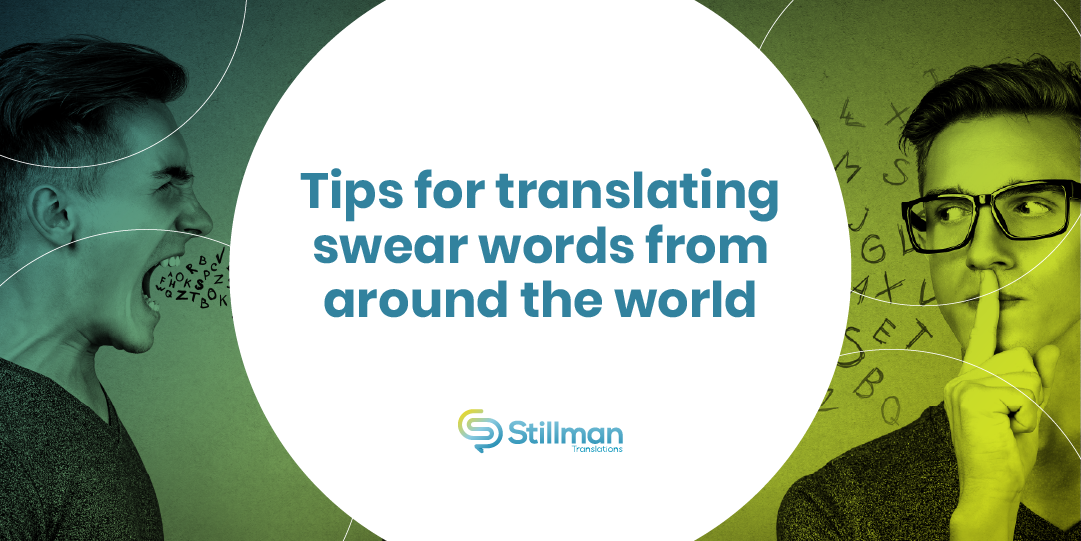 Tips for translating swear words from around the world

Translating a “bad word” into another language can be quite a task. The literal equivalent may not always have the same effect. Specialized linguists have come up with a few clues to lead us out of the maze. Hint: it all has to do with emotions!

There are 5 universal categories of swearing

As language lovers and travellers alike have encountered, the literal meaning of swear words differs greatly from language to language. However, with the help of psychologists and linguists, we now know that that there is a common root to all of them, no matter where in the world they are use: swear words are used to evoke negative emotions.

Taboo words activate brain areas associated with negative emotions, and they do so involuntarily; you can’t hear them without associating them with that feeling. The neural reaction is the activation of the right hemisphere of the brain, specifically the amygdala and the basal ganglia. When comparing the concepts that have this effect in all human brains, specialists have found there are a few categories that swear words falls into, regardless of their language.

Each of these concepts provokes a specific type of negative emotion:

And there are 5 reasons for swearing

Once when we understand that swearing in different languages is not so different after all, we are left wondering about the reasons why all humans have the need to use words to provoke negative feelings in others. Why do we swear? Again, the reasons are quite similar across cultures. Psycholinguist and author Steven Pinker, has come up a list of five forms of swearing:  Descriptive, Abusive, Idiomatic, Emphatic and Cathartic.

If we were talking about feces and we didn’t want to cause a negative emotion in our listeners, we would use a specific type of term to describe the topic, called euphemism. We may point out that manure can help our soil be more fertile, for example. In this case, we would be describing an animal excretion, without swearing. But if, on the other hand, the situation did not require this level of formality, we might want to describe the excretion in a more direct way, without protecting our listeners. In this case, we would use the “s” word instead. This is descriptive swearing.

Abusive swearing refers to curse words we use to downright insult the other person. Such is the case of “cancer-sufferer” in Dutch. In English, there are many metaphoric uses of feces, where the effect of our swear words is to liken the person we are addressing them to, with some sort of excretion or organ with an excretory function. You get the idea!

Idiomatic, emphatic and cathartic swearing are ways in which we use the categories of words described above (religion, sex, excretion, illness or discrimination), in order to create an effect of: informality, heightened emotion or releasing tension, respectively.

The cultural side of swear words

As any bilingual person would attest, especially if they have trained in the complexities of translation, there are layers of meaning that cannot be generalized into categories. It is no surprise that this also applies to swearing. The concepts of religion, sex, illness, social inequality and bodily fluids exist in all cultures, but the connotation associated to them differs greatly, because they’ve been built from different constituents.

For example, if you call someone a “cancer-sufferer” in English, you will most likely evoke a perplexed, rather than insulted, reaction. In Dutch, however, the effect would be the opposite. Illnesses seem to upset the Dutch far more than, say, sexual references. In fact, as some linguists have noticed, if you want to have an offensive effect in Dutch, you simply need to introduce the word “cancer”.

In cultures where male aggression and patriarchy has been historically present, there is a significant amount of insults referring to sex and genitalia, where the female genitals are the most serious type of swear words. In cultures where families tend to be extended rather than nuclear, it is common for mothers to be the topic of most insults. Particularly, sex references involving the enemy’s mother or even calling them a prostitute are very common in Latin, Slavic, Balkan and Arabic languages.

These references are not as offensive in other languages. If you mentioned your interlocutor’s mother in Finland, the listener would most likely think you don’t find the lady agreeable, but they wouldn’t get the feeling that you are trying to insult them directly. Now, if you said words like saatana (satan), perkele (devil) and helvetti (hell), you would be in a lot of trouble!