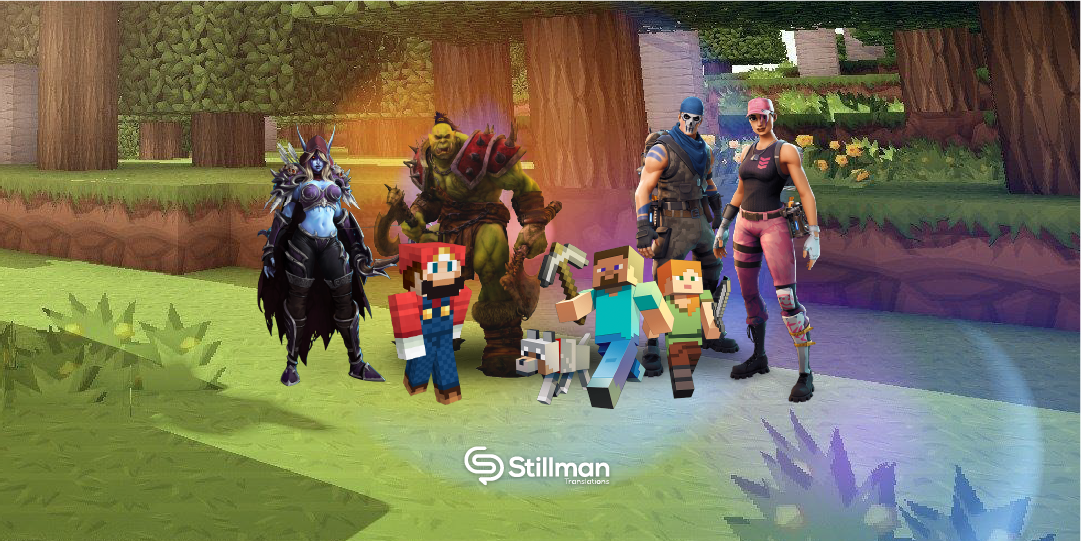 Why Empathy Is Key For Designing The Best Selling Videogame

And why game transcreation and localization is the way to do it.
Empathy is the key to the gaming industry, and sometimes developers don’t even notice it. Open world games have become predominant, graphics have achieved a whole new level of realism, and stories are developed in growing complexity. “The Last of Us”, a best-selling zombie apocalypse scenario game, has a story that could well be considered a movie plot.

More and more, characters and narratives connect and empathize with the user, even if the game design itself is set up in a fantasy scenario. How can we connect with users all over the world? Game localization and transcreation will come into play.

What Is Empathy And How Does It Translate To Gaming

The term “empathy” is used to describe a wide range of experiences. Emotion researchers generally define empathy as the ability to sense other people’s emotions, coupled with the ability to imagine what someone else might be thinking or feeling.

Often, we can differentiate between two types of empathy: “Affective empathy”, which refers to the sensations and feelings we get in response to others’ emotions, and “Cognitive empathy” which refers to our ability to identify and understand other people’s emotions.

No wonder companies are making such an effort to adapt to different cultures and languages to succeed. For example, as stated by the Los Angeles Times, in Germany, games cannot show any blood or gore, and in China, imagery of skeletons and religious symbols are perceived as insensitive.

World of Warcraft is a very interesting case study for this. When designing for, and entering the Chinese market, developers took extra care to adapt this very popular game appropriately. The game, set in a fantasy world of Orcs and Humans, developed a race called the Forsaken, a group of intelligent undead that has retaken their homeworld. As they are dead, yet undead, these characters remind us of corpses, sometimes with bones and skulls visible. This was a huge ‘no’ for China, and Blizzard worked with a local publisher to remove any of these violent references.

Where Empathy, Bestsellers, And Translation Meet

Clearly, a single element can come across very differently amongst multiple cultures and may not translate directly. And if there’s anything that will break a player’s immersion into the game, it would certainly be a bad translation. That’s why gaming companies invest heavily in game localization and transcreation.

Just looking at the top countries around the world playing video games in 2020, organized by revenue, we already see several different languages.

So the same game should be fun, immersive, and true to the purpose of being deeply entertaining, in every single one of those cultural contexts. A transcreator needs to keep that in mind.

What Is Game Localization

Game Localization is the process of adapting a game so that players in different locations all feel as though the game was made for their particular region. Simple-sounding as it is, it becomes a pretty complex endeavor once you start looking at everything that’s involved. Dialogues, missions, stories, signaling, backgrounds: all of this can make or break a great gaming experience.

Now, of those games that have become increasingly popular, open-world games take the lead. Take The 15 Highest-Grossing Video Games Of The Decade:

The Legend of Zelda went from GameBoy advanced simple graphic, linear levels to open worlds where players choose their own story. Winning isn’t even the main goal anymore. In “The Legend of Zelda: Breath of the Wild”, Link awakens after a 100-year slumber to discover Hyrule in shambles thanks to Ganon, and there are a lot of backstories to be explored. What’s more, the game trusts players to seek out how to unravel the story for themselves. And while understanding the events isn’t strictly necessary to complete the game, it gives depth and adds context, asides from creating side quests.

Or take the case of Minecraft, with over 200 million copies sold since launching on November 18th, 2011, making it the highest-selling video game of all time, comfortably beating the likes of Grand Theft Auto V, Tetris, Wii Sports, or Pac-Man. How? The creative streak of the game allows you to mold your gameplay in any way you prefer. It’s creative, versatile, and has its exploration mode with different biomes, with a variety of landscapes.

Translation Details That Make A Difference

There are very clear examples where details related to a well-implemented localization stand out. Here are a few you might have noticed before:

Names of characters: Sometimes names are random, but mostly they’re not. Some of them are easier to translate, but they all require extra thought. Let’s take the Power Puff Girls: Bubbles, Buttercup and Blossom. Pretty easy. But when localizing, the alliteration of names that start with “B” and represent “cute” things is more important than the actual literal words chosen. An even simpler example: the main character is named John because it’s a widespread common name easy to relate to. But does this stand in Singapore? Or Mongolia? So adapting the names of video game characters can be particularly important, especially if the original name carries meaning or a certain connotation. Transcreating names help users relate and empathize with the characters.

Names of weapons and powers: Sometimes, because of the game type, real weapon names are used. Especially in war games based on real wars, games like grand theft auto that simulate reality, etc. But usually, game creators coin new terms or names. And again, word-for-word translation is not the most suitable. The same rules as in character naming apply. Take as an example weapons in Mario Kart, or Fortnite, where they have “Mandalorian’s Amban Rifle” or the “Infinity Blade”, amongst a surprisingly long list.

Names of cities: Again, real-world simulation is easier. But when creating a fantasy world, outer space, in new dimensions, alternate realities, the name each place has, streets, hotels, restaurants in open-world games, they all become part of the myth, the charm to the game. Transcreation makes for a more immersive experience.

Jokes: These are tricky. Not only because not all jokes are easy to translate, but because different cultures can have a very different sense of humor. It is especially important to apply transcreation to jokes. A direct translation is likely to fail, almost always.

So empathy, a dedicated team that can translate, transcreate and localize a game, and creativity are a winning formula to create the best selling game in our uber-connected world.

Does your game need this extra boost to go worldwide? At Stillman, we have a team that can help you with it. Contact us!