Why should you consider gender neutral language? - Stillman Translations 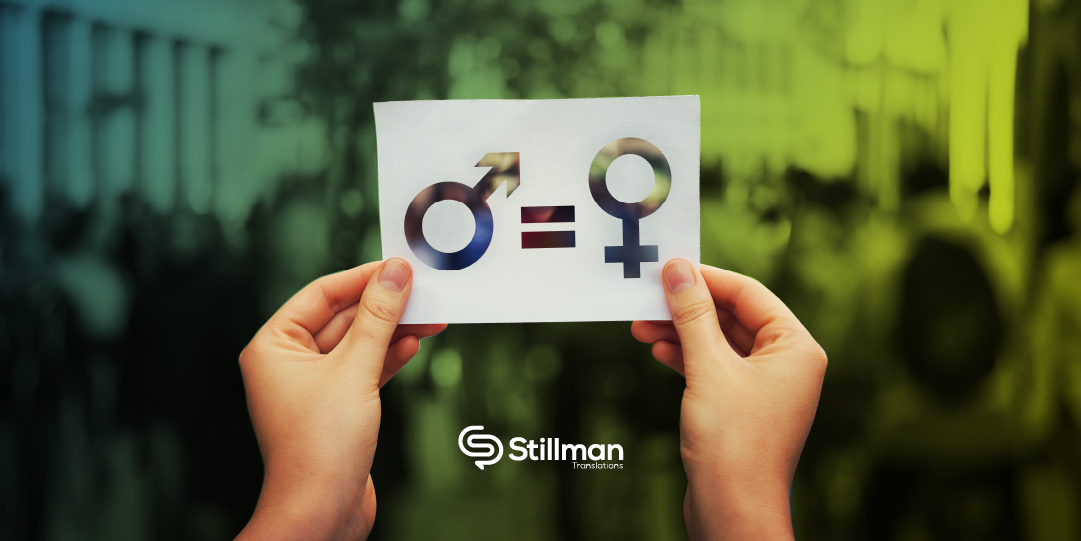 Why should you consider gender neutral language?

The world we live in is experiencing an important change in the way we communicate with each other. Gender and non-binary language are changing our perception about inclusion and diversity.

In order to achieve better communication strategies that respond to the times we are living in, companies and organizations should take gender neutral and non-binary language into account. If you want your brand to be well-accepted and to improve the relationship with your employees, take a look at this article:

In recent years there has been a movement around the inclusion of diversity through language. As users and citizens become fonder of using gender-neutral language, companies are beginning to change their communication strategies to gain greater acceptance in their community.

Millennials, Generation Z and the feminist and non-binary movement have directly impacted the cultural use of words and concepts, reusing them to continue supporting traditional labels and definitions, which no longer represent the new times we live in. Gender issues are deeply affecting our society, which is why companies and organizations can no longer look aside.

What is gender neutral or non-binary language?

Gender-neutral or non-binary language can be understood as a way of expressing yourself using words, nouns, titles, and adjectives that do not reflect a specific gender. Each language has its own structure and ways of developing a non-binary and more inclusive linguistic system, because it does not separate individuals based on their gender. Using gender-neutral language is now considered standard practice in both journalistic and academic writing. Various style manuals for different academic disciplines (APA, MLA, and Chicago, for example) are incorporating non-binary terminology.

Languages undergo changes throughout history and the use they receive. As an example, for generations we have referred to humanity as “mankind,” which means that both men and women should feel included in that concept. However, there are other ways of expressing the totality of humanity without making an entire gender invisible, such as saying “society” or “people.” Other common instances of gender language include words that assume connections between jobs or roles and gender, such as “policeman,” which can be replaced by a more neutral concept such as “police officer.”

Pronouns can also be changed to make communication more inclusive. For example, a gender-inclusive pronoun such as “they” can be used instead of “boys and girls,” or “dear passengers” instead of “ladies and gentlemen.” The importance of this use is that a large part of the global population no longer perceives itself as part of a gender division (as a woman or as a man) which is why they prefer to be referred to as non-binary people.

Why does non-binary language matter for companies?

Companies that care for how their employees feel, as well as the community in which they are part of, will probably have a much better acceptance. Let’s face it, whether we like it or not, society is always changing, and it is up to us to stay ahead of those changes, consistently looking to create respectful business practices.

On the other hand, using more gender-neutral or inclusive language can broaden companies’ customer base, as it can help attract a wider audience and improve the first impression of your brand. With gendered language and a reductive strategy, you run the risk of losing potential customers who do not perceive themselves in a binary way. An inclusive and gender-neutral strategy allows you to have a better chance of being well-perceived. Adopting an inclusive strategy means you care and that’s always a great way to earn your brand loyalty, while helping your audience and team feel respected.

These are some aspects that your organization could adopt in order to achieve a better gender-neutral or non-binary language strategy:

Use more than one pronoun

When a pronoun needs to refer to a person whose gender isn’t known it can be replaced for more than one pronoun like saying “he or she” or “he/she” instead of using a masculine pronoun by default.

To make your speech even more inclusive, it can be appropriate to also use “they,” as many people don’t feel represented with a female or masculine pronoun.

Another gender-aware strategy is alternating genders, using masculine pronouns in some places and feminine ones in others. This way of communication needs to be sustained to avoid confusing your audience.

Describe or indicate a person’s title without referring to his/her relationship with a man. Use titles that are inclusive and always use the same expressions for men and women. For example, if you are referring to a man by his profession, do the same with a woman.

Ask people how they would like to be called

It is okay to ask your employees or colleagues how they preferr to be called (as he/she/they, etc.). At the end of the day, we are all learning.  References