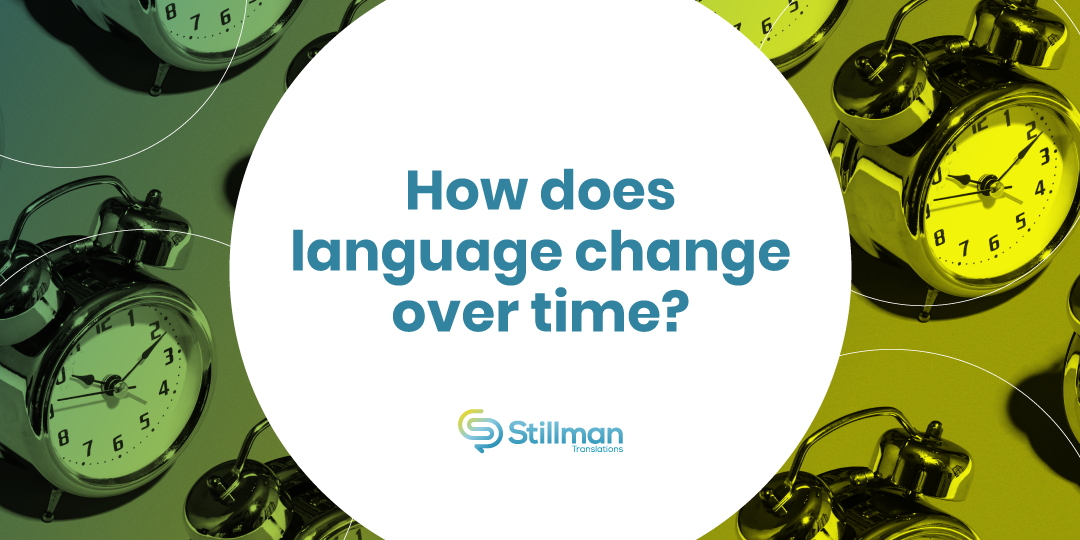 How does language change over time?

Languages change over time: some have gone extinct, others are in danger of extinction, and others are merging and acquiring new words and phrases constantly. As civilization evolves, communication between humans’ changes, producing vast culture transformations. Colonialism, immigration and globalization have greatly impacted the way we speak and even think every day. Let’s deep dive into the phenomena that marked the world’s languages forever…

The modern world wouldn’t be what is today without the influence of colonialism. Colonialism has been one of the first influential forces in language change, creating long-lasting effects that persist to this day. Colonizers imposed their mother tongue onto indigenous people, forbidding them to speak their native language. Therefore, colonialism has been largely responsible for the erasure of languages and alteration of cultures around the world.

Although Western Colonization had an enormous impact on native people and their languages, they took the mother tongue of the colonizers in and shaped their own accent and dialect. Today, English is spoken in many countries, but everyone can tell an American and an Australian apart.

Nowadays, some countries are creating policies to recover and preserve indigenous languages. To prevent these from going extinct, an increasing number of children are learning to speak the languages their ancestors spoke.

Immigration leaves a huge impact on language as immigrants usually have to learn a new vocabulary from scratch, and they also teach other people words and phrases from their mother tongue. Some countries have suffered extensive mutations their language by the arrival of immigrants from different countries.

As stated by the United Nations, “The number of international migrants worldwide has continued to grow rapidly in recent years, reaching 258 million in 2017, up from 220 million in 2010 and 173 million in 2000.” According to experts, this not only alters the language, but it can even bring about entirely new dialects.

Suny Levin Institute has defined globalization as the “acceleration and intensification of economic interaction among the people, companies, and governments of different nations.

Technological advances and the creation of the Internet changed the ways in which we communicate with each other. Nowadays learning another language is easier than ever. People are able to communicate in different languages with people all over the world just by using their computer or smartphone.

Another a consequence of globalization, English has become the “global language” as it is considered to be the language of science, technology and business, and serves as a reference operational language for many multinational organizations around the world. You can find English signs in almost every airport worldwide. While the sweeping presence of this “global language” has its positive effects, it can be viewed as a threat for native languages and their diversity.

Between 1870 and 1960, Argentina received a flurry of immigrants from Italy. While Argentines speak a Spanish dialect, handfuls of Italian words have seeped into daily life. According to the BBC, “the Italian word femmina (woman), for instance, was shortened to mina; fiacco (laziness) became fiaca. Similarly, bacán (of or relating to the good life), biaba (hair dye or perfume) and laburar (to work) all have a basis in Italian”. These are just a few examples of how Italian words have worked their way into Argentian Spanish.

-The language dispute in Cameroon.

According to Arcgis, “In the colonial period, the area that now comprises the modern-day state of Cameroon, was split between British and French control.” Nowadays, a part of its population speaks English and the other French. This language difference has caused conflicts as French was chosen as the official language and some anglophones weren’t happy with the imposition of that language in the justice and education systems.

“Okay”: the planet’s most spoken word

“Okay is one of the most frequently used and recognized words in the world,” said Allan Metcalf. Almost everyone knows what it means and uses it all the time, yet another consequence of globalization and language changes. “Okay” is an English word that became globally understood and even if two people speak different tongues, when one uses that word the other knows exactly what they mean.

Colonization, immigration, and globalization have mutated, stretched and transformed language. Although it can be seen as a positive thing as many people can communicate easier with others and languages can get richer, experts say that it may cause a major irreversible change in our world and its cultures as some native tongues are disappearing.

UNESCO stated, “it is essential for educators and policy-makers in each nation to reshape the evolution of national language policies in such a way that the rights of all citizens to education in their own mother-tongues should be respected, and the social, cultural, and linguistic resources of multi-ethnic and diverse societies can be sustained and preserved.”