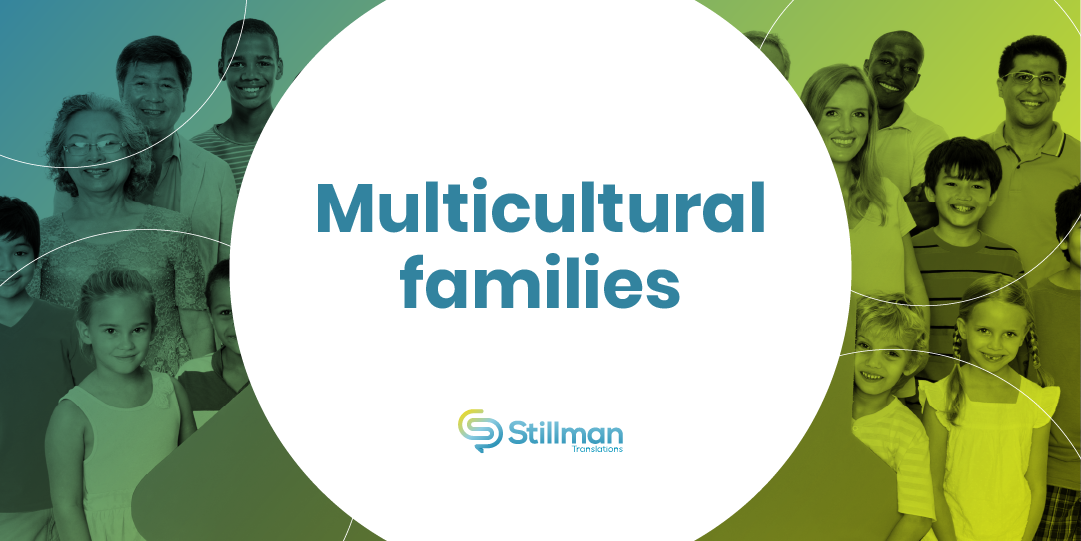 Multicultural families: falling in love in a globalized world

What does it mean to have a multicultural family?

An intercultural family goes beyond just having a different passport. People within a multicultural relationship may have different traditions, religions, usage of the language, ethnicity and all the cultural aspects that influence a person’s identity.

Wendy Williams is the author of The Globalisation of Love, a book about multicultural romance and marriage. As she sustains in her Tedx Talk, “People from everywhere are falling in love with people from everywhere else.” Some centuries ago, only the aristocracy and people with economic privilege used to have access to this type of marriage. They could afford to travel the world looking for love. But, nowadays, in this globalized world, people are more likely than ever to connect with people from other regions.

Several changes have taken place in society that favor social mobility. People are seeking for job opportunities in other countries, or have remote jobs for international companies. Technology has also made it easier to connect with people located in very distant places. This current situation is also related to the quest that this generation prioritizes their wishes, dreams and personal pursuits and they choose to travel the world, instead of staying rooted in just one place. These new possibilities are changing the way we perceive romance and marriage, and consequently, gives way to new intercultural or multicultural families to be formed.

According to Williams, 5% of Americans say that they have met their partners online. In Austria, Vienna, 18% of all new marriages are considered multicultural. In Korea, 10% of marriages are constituted by couples of different nations and cultures, and in the United States it accounts for 15% of the total population.

As expressed in the work titled “Intercultural Parenting and the Transcultural Family: A Literature Review”, recent demographic trends indicate a substantial increase in the past several decades in the number of intercultural marriages in the United States, Australia and Canada, among other countries. The rate of interracial marriage in the United States has increased from 0.7% in 1970 to 2.2% in 1992. The 2000 U.S. Census Bureau reported that 7.4% of all married households in the United States, and 15.6% in California, had partners with a different racial or Hispanic origin background.

According to Bilingual Kidspot, there are two ways by which families become multicultural: internally (through intermarriage/partnership or adoptions) or externally (through relocation, by moving from one culture to another.

We can mention three types of multicultural families:

Multicultural couples face the dilemma of resolving cultural differences. They may have to negotiate diverse cultural values, which, in some cases, may even be opposed.

According to Williams, whether it is the food, funerals, language, religion, planning a wedding or agreeing on a name for the children, multicultural relationships are complex. But despite these challenges, multicultural couples prove, on a daily basis, that peace between different countries, cultures and religions is possible.

The future of romance is ethnically diverse.