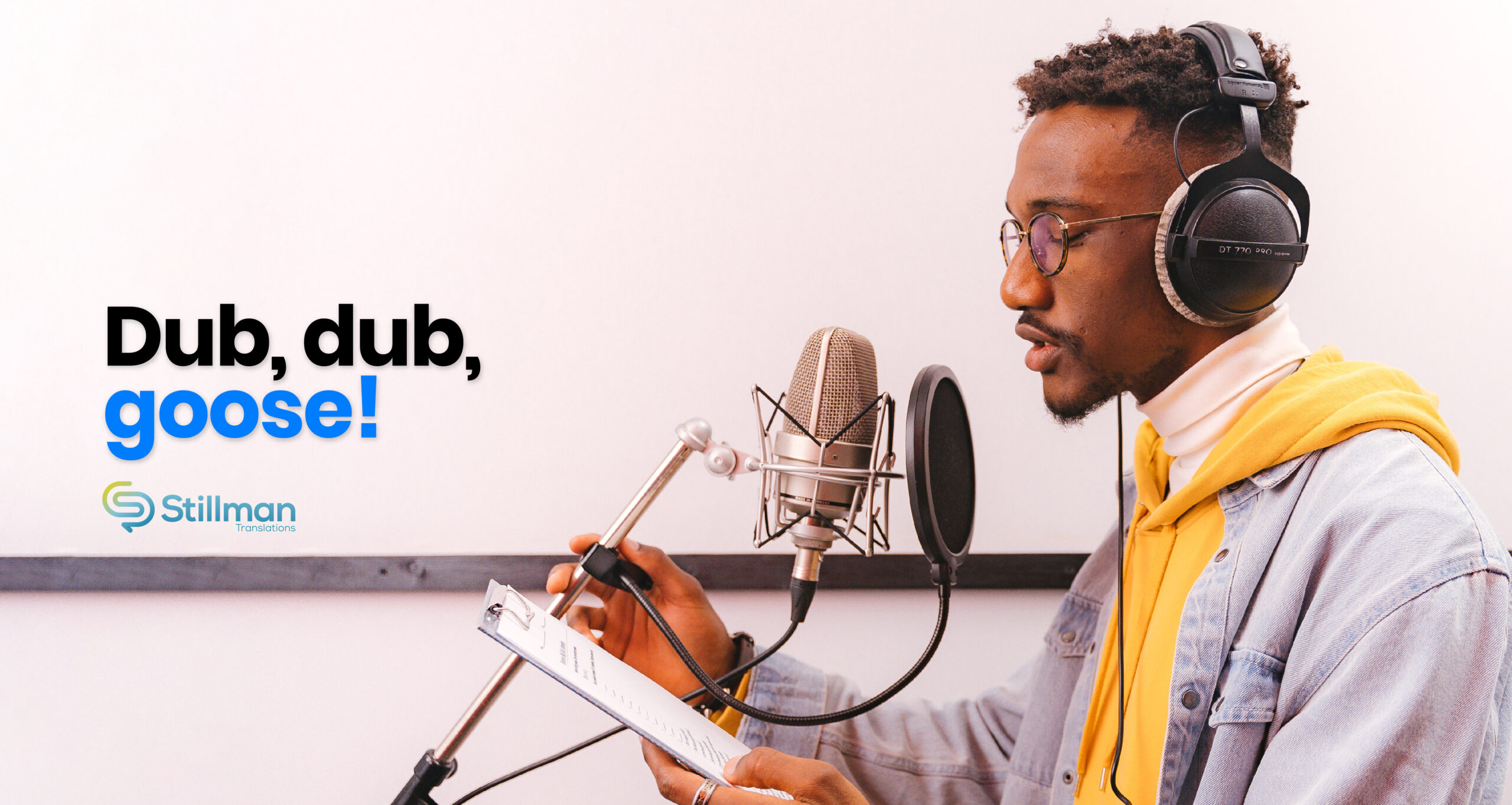 Should you Dub, Sub or Voice over? The reason this question is still on the table is because the choice has no right or wrong answer.

When translating audio, there’s a choice to make: subtitles, dubbing or voiceover?

We’ve talked about this before. But it’s always good to refresh. Should you Dub, Sub or Voice over? The reason this question is still on the table is because the choice has no right or wrong answer. When it comes to translation and accessibility, the method of how you translate or give context to video content depends very much on the type of project, audience and location.

The important thing is to understand the pros and cons before localizing your media.

Dubbing attempts to hide the traces of translation. Well-dubbed audio takes expertise, sounds natural, and the result is unnoticeable to the viewer. And sometimes, we don’t need all this and subtitling is more than enough. And sometimes not even that.

Dubbing: it’s very often confused with voice-over services, but it’s not. They both imply a voice over the original. And they both replace dialogue with a spoken translation. But the outcomes and objectives are different.

It’s is very technical and involves directors, voice-over actors, translators, sound mixers and more. The goal is for it to be almost impossible to discern that the video being watched is not in its original language. Words match lip movement, there are matching tones and emotions. Or tones and emotions localized to how it would sound in a given country.

It’s typically used in entertainment, for example. Where a mistake in dubbing would break the illusion or imagery that is being built.

Voicover: On the other hand, voiceover is a voice that replaces os is placed on top of the original language. And the objective is to purely transmit and translate what is being said. But it’s not necessary for it to hide the fact that it’s not the original voice. Lips don’t need to match. In fact, the UN-style voice-over is the most common and while the original audio still can be heard, the volume is turned down around 20%, and the translated voice-over starts 1-2 seconds after the original-language voice. And a single person or a small group plays all the roles.

Which is why it’s typically used for international interviews, or TV shows and documentaries where the emotional weight is not as big, and costs can be cut by using voiceover instead.

Subtitles: the written translation of the dialogue in a piece of content. Subtitles are placed at the bottom of the screen and are timed with the actor’s lines.

And how does one pick between these? The main factors that impact your decision are:

For example, if your target audience is 2-3 years old, you wouldn’t be able to add subtitles since young children can’t read yet.

There are some guiding questions that can be useful when determining these, such as: are there people speaking to the camera? What is the purpose of your content? To persuade, to entertain, to inform?

Some basic pros and cons

Sub, dub and more around the world

On top of these criterions and pros and cons, where you’re translating to is no minor matter. For example, Germany is the largest dubbing market in Europe. And it’s most likely that will be your choice there. Subtitles are not as common as they might be in, for example, countries like Mexico, the United States or Japan, where films are just subtitled. Only children have cartoons or programmes dubbed for them.

India stands somewhere in between. “Foreign films”, aka Hollywood films, are dubbed in mainly three Indian languages: Hindi, Tamil and Telugu. But it’s rarely done with the other major Indian languages. And metropolitan areas often have the English-language originals released there.

An altogether category in itself. When you decide to watch a foreign film and you don’t understand the original language, do you go for the subbed or dubbed version?

Dubbing may seem as the natural first choice, if the possibility is at hand. But subtitles are often useful if there is a poor audio mix or a character with an indecipherable accent that is a core part of the character’s essence.

Also, if you only ever watch movies and shows produced in your native tongue, you’re missing out on a wealth of interesting global cinema.

The ideal? To have both. If not, our list of pros and cons will help decide.

There are some extra elements to be taken into account. There are resources such as captioning of on-screen text, background noises, music, etc. It’s called inclusive audio. Or the use of American Sign Language to assist DHOH audiences.

These accessibility measures ensure your brand doesn’t exclude anyone from engaging with your content. You might consider, be it subtitles or dubbing, using these to reach a wider audience.

And there ‘s more. For example, languages vary in the number of words used to express concepts. So there might be too much text for one frame, too little for another. Not enough seconds to lip sync. All these conflicts are manageable, you just need a good language expert. Like ours, at Stillman.

If you would like to learn more on topics of interpretations, you can read more by clicking here.